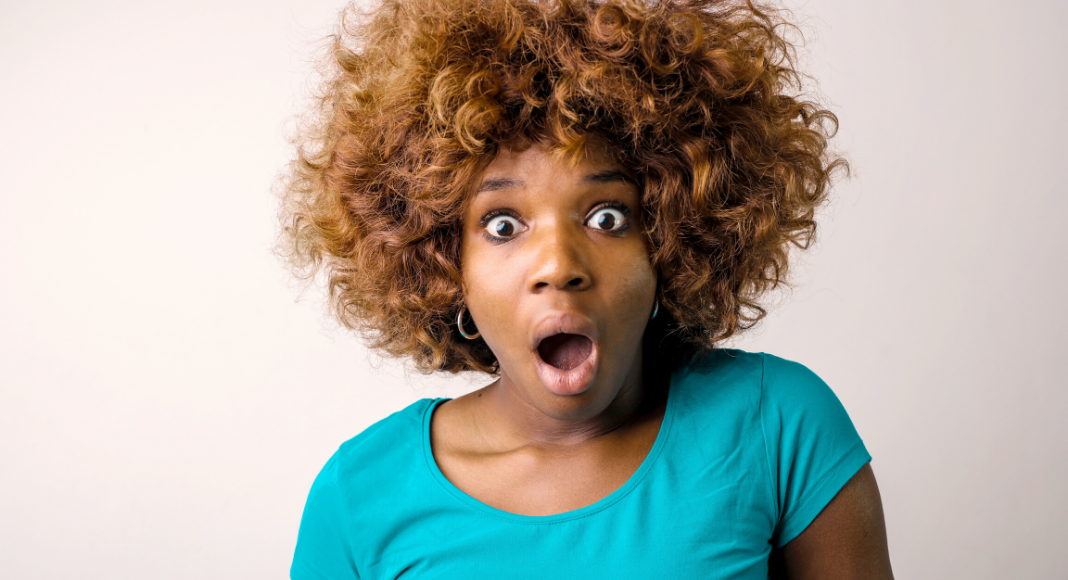 Ever hear the phrase, “I wish someone would have told me that could happen”? I hear this used most often by women who have given birth. Certain topics are becoming more openly discussed in both conversations and articles such as pee leakage, breastfeeding struggles and postpartum depression and anxiety, but there are other things that are not so commonly talked about…yet. So, I’m here to get the ball rolling.

I wanted to write about the nitty-gritty stuff that I never hear come up in conversation and that I never read about in articles. The stuff that makes women feel alone in our issues, the stuff that many women didn’t even know was a possibility until it happened to them. I reached out to almost 60 women who are in their 20s-40s and have given birth in the past 20 years. Everyone’s anecdotes are anonymous for obvious reasons, including several of my own.

If you are getting ready to have your first baby, let this not scare you, but rather prepare you for all the possibilities.

Nobody likes going into life-changing moments being blindsided. Hopefully if any of these things happen to you, you won’t have to say, “I wish someone would have told me that could happen.” Who knows? Maybe you’ll be one of the lucky ones whose pregnancy and birth are textbook perfect and your body stays exactly the same as before kids. Good luck with that.

If you already have kids and some of these issues pertain to you, know that you are not alone. If you can relate, then hopefully this will help you feel like part of the mom club even more. As miraculous as birthing a child is, it can still mess up our bodies in ways we never imagined. And if you have a teenage daughter, you may want to show her this article. It will act as great birth control!

“My last child knocked a rib out of place mid-pregnancy and they couldn’t fix it until he was born. I would cry from the pain when I would drive sometimes.”

“I had no idea that your uterus could spontaneously rupture at 24 weeks or that the placenta could grow into your bowels and bladder.”

“I had Cholestasis and Pupps rash during pregnancy so I was basically an itchy, miserable mess. I had never heard of either prior to getting it and it was awful. Cholestasis is this condition that can happen where you INTENSELY itch on your palms and the bottoms of your feet. It can also be harmful to the baby. It has to do with your liver.” Another Pupps mom said: “Pupps rash is painful, itchy welt-like hives, often starting in stretch marks where the skin is already tender. Nonstop pain and severe itching that basically make you want to die. Also, there is no cure, you just have to wait it out.”

Several moms suggested pine tar soap for $1 at Home Depot was their best solution for relief. Pupps rash can happen during pregnancy or postpartum.

“They had to break my water twice because I had two sacs. It made labor longer.”

“After pushing for two hours my vaginal area was swollen to like 10x its normal size. It took a few days before it looked somewhat normal again.”

“The first time I had an epidural I started losing feeling in my arms and even my face. It was like full-body paralysis. The next time I had one I told them to give me a half dose or something!”

Several moms spoke of air getting into their bodies during their c-sections. Gas from the operation can get into your body and often it causes severe shoulder pain.

“I didn’t know that my uterus could have a hole in it. I had two c-sections and during my third pregnancy I had polyhydramnios (too much amniotic fluid). When I had my third c-section the doctor, an observing intern, the nurses and my husband went “WOOOOOOOAAAA!” when they broke my water during the c-section because my water literally geysered up higher than they have ever seen (their words). Apparently because of the polyhydramnios and the multiple c-sections, my uterine wall was so stretched and thin it was pretty much already a hole. If I had gone into labor instead of the planned c-section, the baby and I most likely wouldn’t have survived. So, my doctor had to fold my uterus over to double sew it to fix that hole. It still hurts.”

“As my husband and I were packing up our things to leave the hospital after the birth of our second child, I all of a sudden felt something else trying to come out of me. I ran to the bathroom and watched something the size of a baseball slowly come out of me and drop into my hospital diaper panties. It looked like a perfectly round scrotum, but I think it was a blood clot, although it didn’t look very bloody. It looked more like a ball of wrinkly skin or tissue. After calling in a nurse and asking, ‘What the hell is this?,’ she seemed surprised at the size, but nothing came of it. We threw it away and went home.”

“There are days I have to wear panty liners all day because my vaginal discharge is such a fountain, it feels like I’m peeing on myself. If I don’t wear a panty liner then I have to change my underwear like three times a day.”

“After having several kids, my cervix is now hanging out of my body. I mean, it’s not swinging around between my legs, but it’s slightly hanging out of my vaginal opening. Sometimes I sit on it, so I have to readjust. Now I know what it feels like when men sit on their testicles and have to adjust themselves.”

“I had a fourth degree tear after my first child which meant my lady hole and my poop hole became one big hole because my baby ripped me open! I obviously had a lot of stitches after that business and one got infected and the doc popping it open with a scalpel was worse than the birth itself.”

“I lost 100% of my hair after my last child. Luckily it was over a two-year period so I never looked bald.”

“I had heard about tearing during vaginal births and was given the option of an episiotomy, but I figured either way they stitch you up and everything will work again as normal. I was so wrong. My first baby gave me third degree tears (out of four) and a partial episiotomy was done after the tearing started. This affected the vaginal muscle that holds in a tampon. That muscle is no longer intact, so I haven’t been able to wear tampons since that kid came out.”

“My joints got so loose when I had babies back to back in a year that I couldn’t walk at the end of the pregnancy. I would have to drive the motorized shopping carts at Target and had to hire my niece to change my one- and two-year old’s diapers because I couldn’t pick them up.”

“While I was in labor, my baby’s heart rate would drop every time I had a contraction. They had me move into different positions to try and keep me from crushing the umbilical cord. This was all after I had an epidural and could not feel my legs. During all of this my right leg must have gotten hyper-extended or put in an awkward position because I could not walk without assistance for two days after delivery. I walked with a limp and had a really hard time with stairs for a solid 6-8 weeks.”

“I never realized that after successfully breastfeeding for 13 months, my nipples would have NO sensation in them. You can run them over with a truck, pinch and twist and pull and I literally hardly feel anything at all.”

“I didn’t know that if you have a c-section, that the stitches can pop. I was at home alone with my first baby and I sneezed so bad that my inner and outer stitches popped open. It was extremely painful and terrifying. Thankfully they were able to repair it very quickly, but I can’t feel that area around my surgical scars at all. It’s a very odd feeling.”

“Twelve years later and I still occasionally get random pain in my spine where my c-section epidural went in.”

Don’t be surprised if your sex drive disappears during pregnancy and/or after delivery. Very common among many moms I spoke with.

“I could squeeze milk out of my left breast nearly 12 months after I quit breastfeeding (2 years and 3 months post giving birth).”

The topic of poop came up often. It is possible to poop during a vaginal delivery. You probably won’t even know it happened and the doctors are used to it, so don’t be embarrassed. As for pooping after having a baby, just do it once you get the urge. It’s scary, especially after a vaginal birth and even scarier if you had tearing and stitches, but the longer you wait, the more constipated you can get which makes the bowel movement even more painful. One mom got so constipated she had to go to the ER for an enema a week after her first child was born. Another mom got so constipated from the pain medications post-op that she got an incisional hernia.

“No one told me that swelling from preeclampsia could affect my boobs. I knew it could cause swelling of the feet, ankles, calves, hands and face. I had no clue it could cause swelling in the breasts though. And this was a contributing factor to why my son became hospitalized after he was born.” After going home and her child losing weight, they ended up at Children’s Hospital due to dehydration. Her breasts were so swollen her milk had not even come in. Drinking an insane amount of water and peeing out water weight helped her swelling go down and milk come in.

“…staph infection in your c-section incision. At 14 days postpartum I started oozing blood from my incision, which had swelled during the night and was popping open at the ends.” The doctor had to open it back up and drain it, but couldn’t numb it because abscesses don’t numb. “I then found out they couldn’t stitch it back up and I would need to pack it and clean it daily and let it heal from the inside out. SO, my c-section was left open and took three months to close up. And cleaning and packing is way more painful and gross than it sounds. This was with my first baby.”

There you have it. These are real things that happen to real women every day. Would we all do it again to have the children we’ve grown to love and adore? Absolutely. In the end it’s all worth it for those baby snuggles, toddler laughs, adolescent talks, teenage discoveries and sad good-byes as they leave the nest. Whether your body has taken a toll or hasn’t changed at all, we’ve all lucked out by the lives we’ve created. Now, if you’re fortunate enough to do so, go hug your mom! But not too tightly; you might squeeze something out of her! 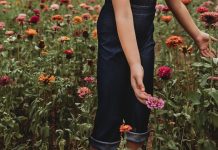 Have You Ever Been So Loved? 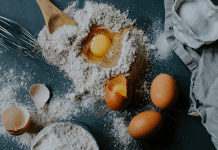 I Hate Baking and Cooking with My Kids. So Sue Me. 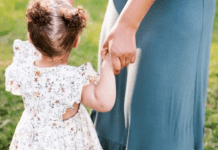