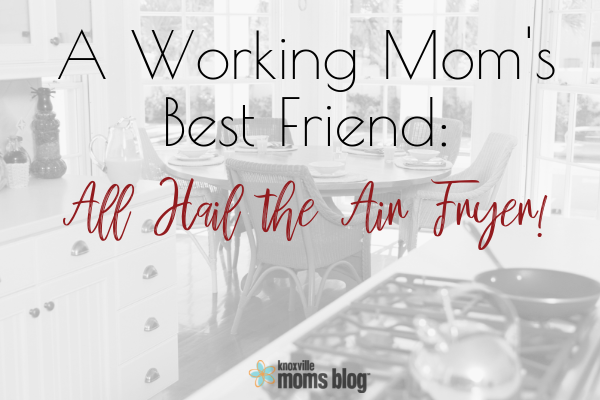 For the most part, we keep it simple (for the above named reasons) — a rotation of chicken nuggets, macaroni and cheese, breakfast for dinner, spaghetti, hot dogs and you know, all of the general picky eater, completely non-nutritious kids’ meals. It’s what we do to survive. But let me tell you; preheating the oven for 15 minutes and then waiting another 15 for them to bake still makes me crazy. Meanwhile, the Instapot craze hit and while I know it was supposed to be revolutionary, I can barely even deal with my slow cooker because it still requires finding recipes. (To be fair, I don’t own, nor have I tried an Instapot).

But you know what has been revolutionary, life-changing and is now my absolute BFF in the kitchen? The air fryer.

I saw some Facebook posts about the cook times for burgers, chicken nuggets, etc., and the fact that it could cook just about anything and everything in half the time as the oven — well, why wouldn’t you want to own such an appliance, especially as a working parent who doesn’t have time to fool with preheating?!

We bought our air fryer just before Christmas. Out of the nearly three months we’ve owned it, I’ve used it almost every. single. day. It is the most used appliance in our household, probably even more so than the washer and dryer. What does that tell you? This thing has been an absolute game changer. I’m throwing frozen foods into the grocery cart like never before because now I don’t have to wait 45 minutes to eat them. And while prior to the air fryer I would never ever dare purchase a pack of bacon for fear of being scalded by skillet grease, I now buy two to three packs of bacon at time. (PS: there is no better way to cook bacon than in an air fryer and I dare anyone to prove me wrong!)

Having an air fryer hasn’t necessarily changed the foods I feed my kids (let’s face it, it’s not magical enough to change their picky habits), but it has made dinner time an overall breeze for feeding my kids in fewer than 30 minutes of getting home from work.

So what are some of the things that I cook in my air fryer? Hot dogs are infinitely better than they were in the microwave and/or boiled water, AND it’s incredible if you throw the bun in for the last minute as well! Burgers, bacon, sliced frozen vegetables, everything and anything from the frozen section in Trader Joe’s (in particular, their mozzarella sticks, orange chicken, and chicken tikki samosas), chicken nuggets, fish sticks, French fries, tater tots, chicken wings, and steak. That’s really just the beginning because you can do all sorts of things, even desserts like cheesecake!

So if you’re looking for a best friend in the kitchen to help alleviate your tears and stress, might I recommend bypassing the Instapot and bringing home the bacon in your brand new air fryer? 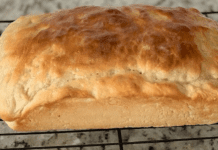 Homemade Bread? Just Throw It In The Bag! 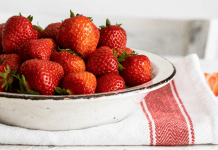