Not too long ago, I caught my five-year-old trying to rip up his All-About-Me poster due as a kindergarten assignment the following day. We had worked really hard on it together. Why would he do such a thing?

When I confronted him, his eyes filled with tears. He confessed that he was nervous about the presentation portion of the assignment. “All of the kids are going to be watching. What if they point and laugh at me?” He leaned in as I gave him a hug, sobs shaking his entire frame. “I thought maybe if my poster was ruined, then Student of the Week would get canceled.”

Poor, sweet boy. The mom in me wants to encourage him to buck up. This is just a minor class assignment. His teacher will be there to help him. Everything will be fine! But how can I assure him that it will be fine when I know it will be terrifying? It just so happens that I was in the middle of the same situation. The very same day that my son was scheduled to stand before his class and share his poster, I had an appointment to get on stage and give a thirty-minute speech to an auditorium full of high school students.

I was full of doubts and fears. I’d been losing sleep over it for weeks.

Every time I imagined myself on stage standing in the spotlight, I broke out into a cold sweat and my heart started racing. The same day my son tried to destroy his poster, I had reached out to a school administrator requesting to postpone my speech. *Cough, cough! I think I might be getting sick!* My administrator, recognizing my pathetic excuse as stage fright, encouraged me to make every effort to be there. I had to do the same with my son.

It was the first of what I’m sure will be many trials in parenting a child who is a younger version of myself. He looks like my husband, but his personality is me, through and through. I understand him better than he understands himself and I know the trials he’s facing ahead.

He is the child who always hides behind my legs and refuses to speak when I try to introduce him to someone new. The mom in me feels annoyed and wants him to just act “normal,” but I remember being the same way as a child. Even as an adult who struggles with social anxiety, I can relate.

He thinks and feels deeply. When he learned about air pollution in a recent science unit at school, he worried over it for weeks, pointing out cars idling at traffic lights with their exhaust fumes rising in the cold winter air. Worrying about things that we have very little power to change is a trait that has plagued multiple generations of my family, myself included.

Making new friends and moving to new places or new schools will be extra difficult. While some kids may adjust in a matter of days or weeks, it may take him months to truly acclimate. And during the adjustment period, he will fear that no one really wants to be his friend, which will cause him to isolate himself from others. I know — I’ve been there.

He struggles with becoming easily distracted and takes extra long to complete school assignments. I recently sat at the dining room table with him and helped him complete his make-up work after he missed a day of school, and it was painstaking to keep him on task. I felt annoyed, but I also realized that it was only a fraction of the countless hours my mother spent with me at the kitchen counter, struggling to keep me focused. In a way, it had all come full circle.

How will I raise this tiny person who is essentially me?

It will so be tempting to get frustrated with him and critique him based on my own insecurities. At some point, I will probably lash out at him in frustration when I’m actually feeling dissatisfied with myself. Raising my mini-me will require me to be intentional about gently challenging the areas where he has room to grow and encouraging the areas where he is already strong. In the most literal way, I will need to treat him the way I would want to be treated. I will also need to reach a new level of self-acceptance and self-love to be able to fully love the child who is just like me.

As he cried about his kindergarten presentation and I held him, I said, “I know it feels scary to stand and talk in front of the whole class. I hope that no one laughs at you. But sometimes it’s good to try scary new things because it helps us learn how to be brave. It will all be over with really fast, and then you’re going to feel so proud of yourself when it’s finished!”

My little pep talk was just as much for my benefit as it was for his. ❤️ 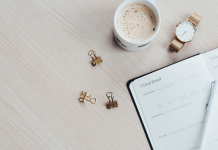 What I Considered Before Having a Kid 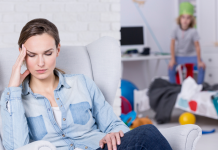 I Am So Tired of Clutter

The KM Team - February 24, 2020 0
With spring around the corner, it's that time of again: summer camps! Be sure to check out our extensive summer camp list to find...