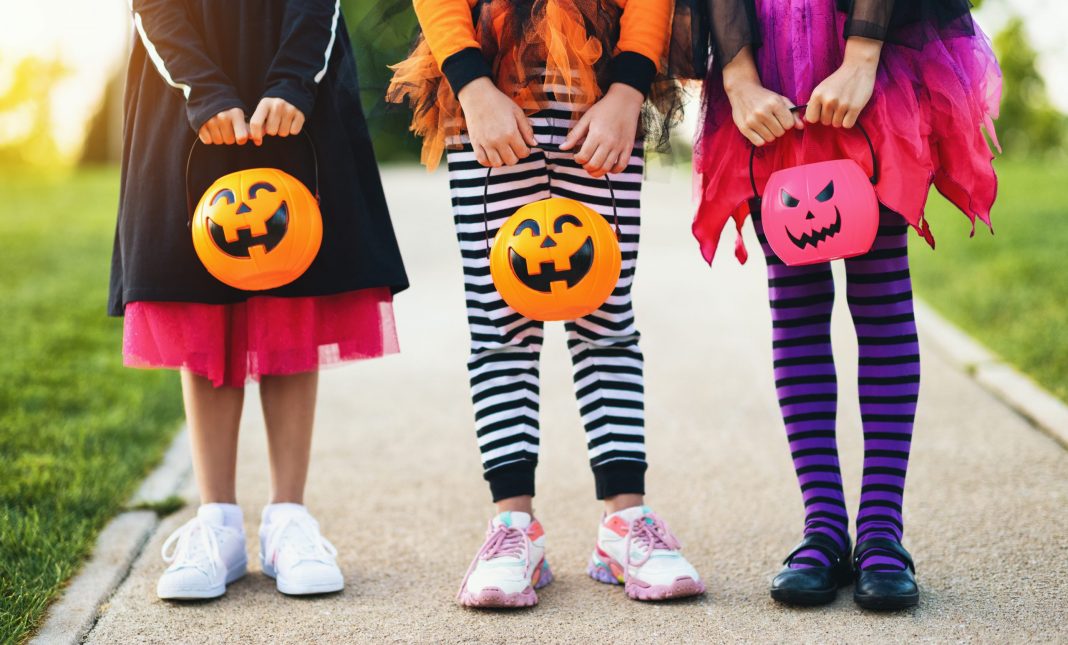 I have a September birthday, but I often wish that I had been born just one month later. In my opinion, October is the most magical month of the year. Mother Nature dresses in her most dazzling colors, and the temperature cools off just enough to tempt us to stay outside longer and partake in her beauty. With spooky glowing lights illuminating the evenings and leaves gently drifting to the ground like confetti, it feels like we’ve been invited to a giant party. And unlike most parties and holidays throughout the year, this time, there is no obligation to bring a gift. We are only asked to dress according to our wildest imaginations and indulge in sweet treats at the generosity of our neighbors.

Halloween is a nostalgic holiday, perhaps because it has changed so little over the years. While other days on the calendar have become increasingly over-marketed and over-commercialized, Halloween has stayed relatively the same. Children still walk their neighborhood streets in search of candy and crowd church festivals to bob for apples and play games. Teens still indulge in scary movies and dare each other to enter haunted houses. Even the costumes have stayed relatively the same. Any given year, whether you’re living in 1980 or 2020 or somewhere in between, you’re likely to see children dressed as witches, monsters, ghosts, superheroes, or animals. 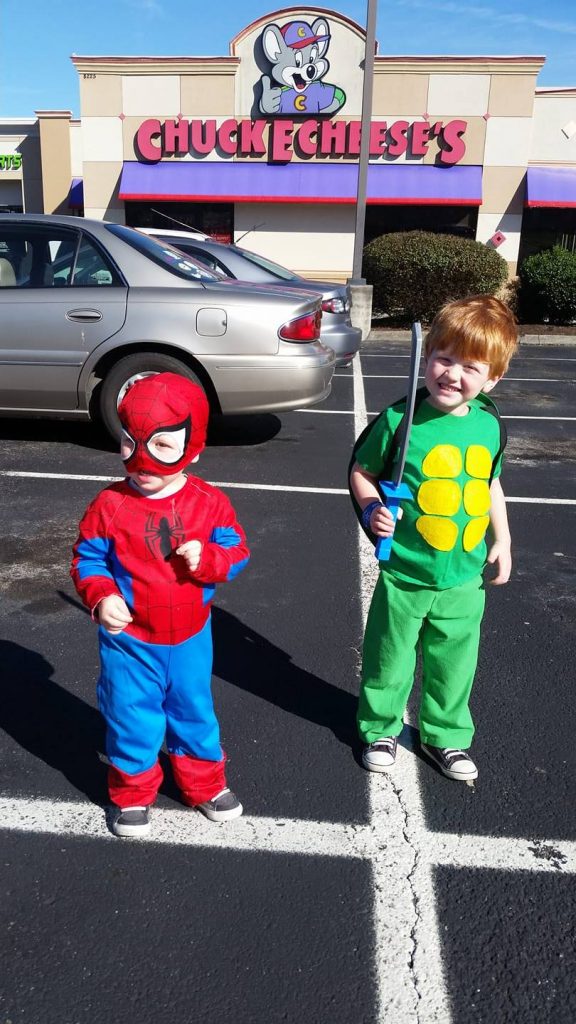 Last year, both of my boys wanted to dress as cats. It was such a basic costume, I assumed it would be easy to buy. However, after visiting every costume outfitter that I could find around town (and only finding pre-fab cat costumes that were sparkly and intended for girls), I realized that they would need something a little more homemade. The end result was nothing fancy — just some pajamas with fluffy fabric that I cut into ovals to make furry cat bellies, some ear headbands, and a couple of tails. But the boys were so excited that they wore those costumes every day around the house leading up to Halloween, crawling around on all fours and meowing at each other. 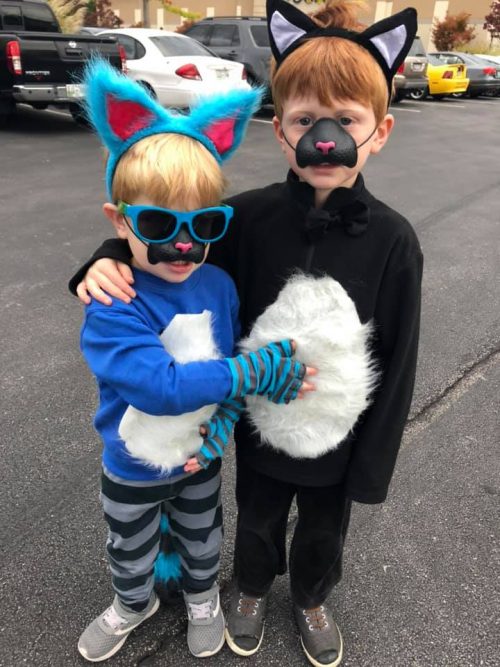 My mother is an excellent seamstress, and I can’t remember ever wearing a single store-bought costume growing up. The first time I remember being able to choose one for myself was in kindergarten. I wanted to be a pink princess, and I was basing my vision off of Cinderella’s dress (the one she wears before her stepsisters ruin it and tear it into shreds). I distinctly remember accompanying my mom to the fabric store, running my hands over bolts of satin and lace, watching her carefully choose a pattern from the rack, and having the fabric cut on a special measuring table. I remember standing on a little stool in her sewing room, careful to try on my costume-in-progress without getting poked by any pins, and seeing her look of concentration (occasionally with a pin in her mouth) as she examined every inch of my costume and gathered all of the fabric into exactly the right place. I was impressed (and still am) at her ability to create something out of nothing and make it look so good — much more special than anything that could ever be bought from a store.

I’m afraid that I didn’t pick up my mother’s talent for sewing, but I am still the Queen of the Glue Gun, and I’m not afraid to attempt some of the creative ideas that I’ve seen on Pinterest. One of my most favorite semi-homemade costumes was a family affair: I dressed as the Cat in the Hat, and my two boys were Thing 1 and Thing 2. Our costumes weren’t entirely homemade, as mine simply involved dressing in all black (once again using that furry material as a cat belly) and ordering red onesie pajamas for each of my boys. I found Thing 1 and Thing 2 iron-on patches on Etsy and found my hat at Party City, but I made the boys’ blue wigs myself. I used beanie style hats that we already had (I choose hats that I didn’t mind ruining and wouldn’t miss) and wrapped them in blue feather boas, using hot glue to make them stick. I learned the hard way that the hats need to be slightly stretched out (consider pulling them down over a small pumpkin or bouncy ball — something that is relatively close to the size and shape of your child’s head) before gluing the boas, otherwise the hats will be too small (and no longer stretchy) when it’s time to actually wear them. 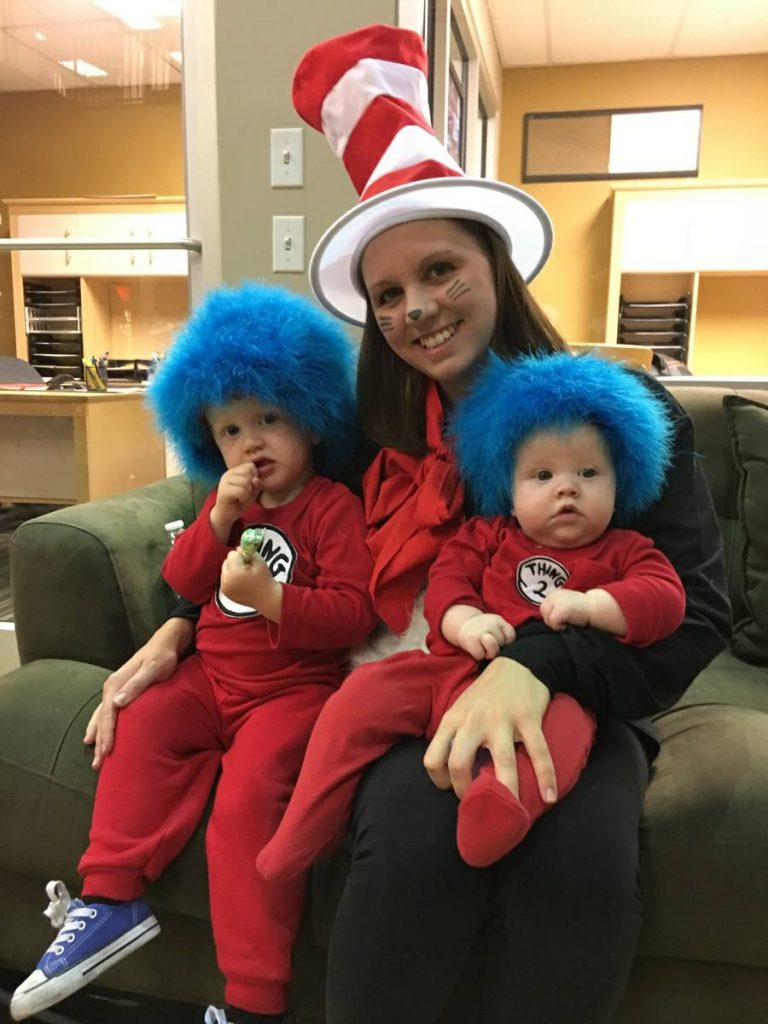 Another great homemade costume was for my oldest during his first Halloween going trick-or-treating. He was about 18-months-old, and to celebrate our recent move to East Tennessee, I thought he would make an adorable Davy Crockett. My plan was to buy him an outfit in solid brown, attach some fringe, and top it off with a coonskin cap. When my mother found out that I planned to hot glue the fringe to his clothes, she couldn’t help but step in. She insisted on sewing the fringe instead, and I was happy to have her help. It was sweet to see my mother hard at work on another Halloween costume, but this time, for her grandson. Because the fringe was sewed on instead of glued on, it held up really well over time and my youngest was able to wear it as well. We were also able to loan it out one time to a friend in need, so this costume has really seen some miles. I still have it hanging in the closet. We have no plans for any other children to come along, but I can’t seem to part with it. Who knows if either of my two boys might have a child who could wear it someday. 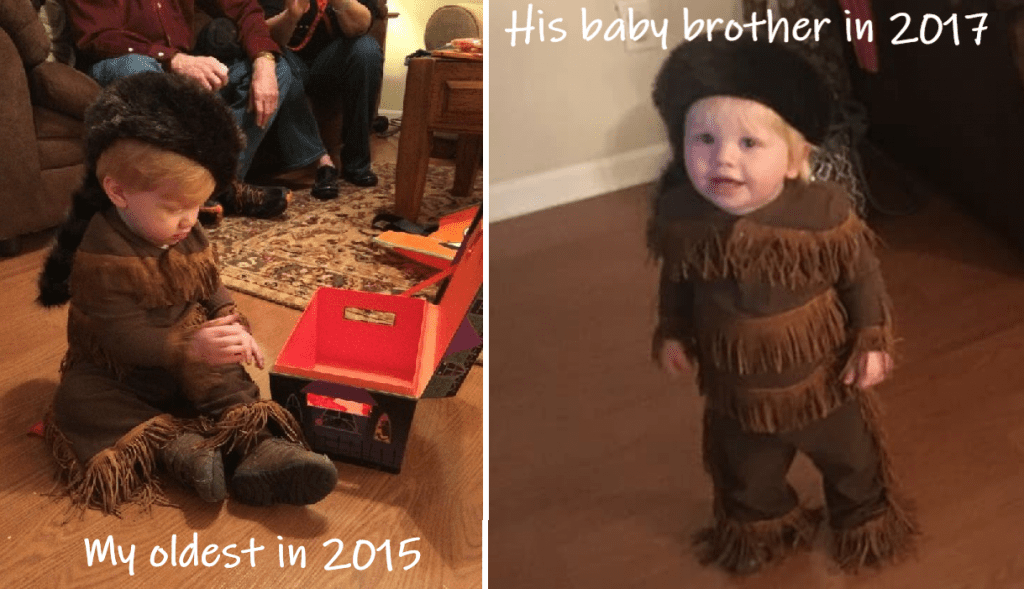 There really is nothing quite like a homemade Halloween costume. 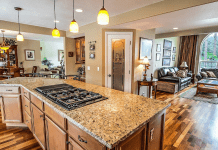 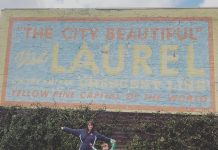 Laurel is the New Waco: A Visit to Ben and Erin Napier’s Hometown 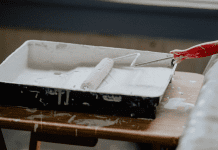