Last Monday, millions of women who came of age in the 1990s learned the terrible news that Dylan McKay had died. Without notice, nostalgia morphed into a time machine and sent us all back to our teenage bedrooms. Still scattered on the bed were well-worn Teen Beat magazines, torn-out posters, and the beloved VHS tape we used to record that totally awesome Thursday (and eventually Wednesday) night show. As soon as we heard the electric guitar and saw Brandon faux-punching Dylan in the opening credits, all was right in the world.

But last Monday, all was not right. Luke Perry died of a massive stroke, and just like that, women around the world started mourning the death of their imaginary high school boyfriend.

For the record, I was a Brandon Walsh girl, that hard-working academic with an after-school job at The Peach Pit. He was the editor of his university newspaper and the one who always tried to do the right thing. For years I slept with my head on a Brandon Walsh pillowcase, and aside from Jon Bon Jovi, he was the only celebrity teen crush I nursed with any level of consistency. 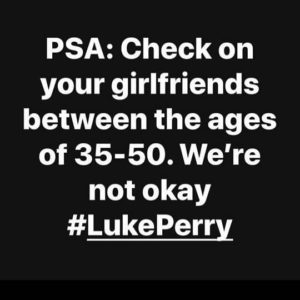 My best friend, on the other hand, was a Dylan McKay girl. She always liked bad boys, the ones with the rough past and devil-may-care attitude. There were the occasional David or Steve outliers, but almost every girl I knew was a Brandon or Dylan girl. Some of us were loyal to the Brenda-Dylan dynamic, but others argued that Kelly was actually Dylan’s true love. (That Paris trip ruined everything.)

Oh, how easy it is to jump back into the world of 90210, when baby tees and Doc Martens were everything, and you didn’t realize how much you loved those characters until the series finale aired and you started bawling. You would have given anything to attend David and Donna’s wedding and dance with the whole gang at the reception.

The show wrapped its decade-long run in 2000, the same year I graduated from college and got married. My life moved on, and I didn’t give the show or its characters much thought as I got busy with marriage, children, and a career. I’ve caught a few reruns here and there, and it only takes seconds to get sucked in. No other television show bookmarks my high school and college years like Beverly Hills 90210.

Which is why it shouldn’t surprise me that one of my generation’s heartthrobs has died. This is the new normal, like it or not.

When you are 40-years-old, give or take a few, you are living in the in-between. One minute you’re raising your kids, the next minute you’re taking care of a dying parent. One day you get out of bed feeling vibrant and alive, the next day your back hurts because you sneezed too hard. There’s self-awareness and growing confidence followed by high cholesterol and unexplained weight gain. As soon as you reach the blessed season of not needing a babysitter to go on a date with your husband, cystic acne shows up along with its faithful companion, erratic periods. Then you watch the Grammys with your teenagers and realize you don’t recognize most (if any) of the faces on the television screen.

But I recognize Luke Perry, and this one hurts. He was only 52, which is 12 years older than I am right now. Something about that math makes my head spin. Eventually, it will be Jason Priestley and Jon Bon Jovi, and I will be a serious wreck when that news comes across my Twitter feed. I know this sounds morbid, but friend, this is what life looks like now.

When the heartthrobs of your generation begin to die, you drive a stake into the ground marking the spot where we all started looking around and wondering who will be next. 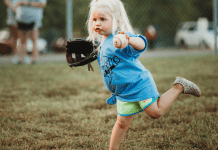 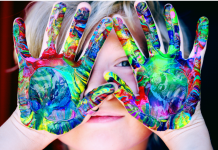 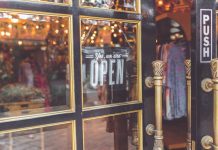 How to Support a Small Business Midst a Pandemic