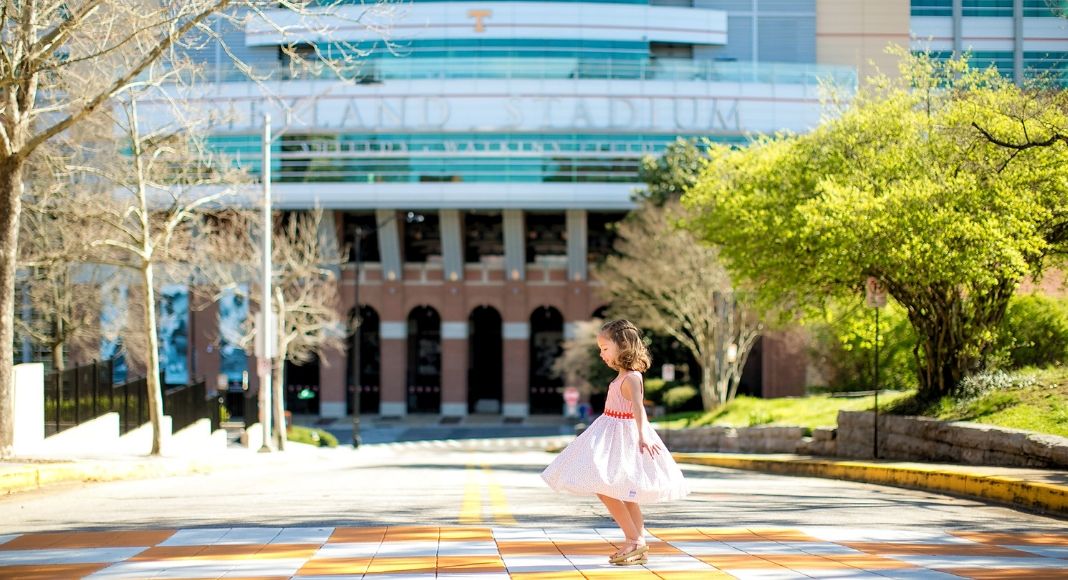 I first moved to Knoxville in 1996 when I was 10-years-old. It was right in the middle of the Peyton Years. The magic in Knoxville was palpable. My elementary school wheeled out TVs on carts in the middle of the school day to watch Peyton Manning’s press conference announcing he would return for his senior year. In 1998, (in case you hadn’t heard) Tennessee won the National Championship. Those were some Grade A years to become a Tennessee fan.

I began college at the University of Tennessee in 2004. My first game ever in Neyland Stadium was the 2004 Tennessee-Florida game. After missing an extra point that would have tied the game, James Wilhoit kicked a 50-yard field goal in the last seconds of the game to beat Florida 30-28. I hugged strangers, and my status as a #VFL was solidified.

Now? I’m a 33-year-old mom with two kids and another on the way. Football Saturdays look very different these days. We don’t make it to as many games. We have to pause games to put a kid down for nap time or bed time. And oh yeah…we don’t win very often anymore.

This shift in emotional expectations has been hard for Vol fans. The past ten years especially have been brutal. It’s just so different from the way we remember it. And the hardest part for those of us who came of age during the “Glory Days?”

We have children watching.

My five-year-old daughter is quite possibly the world’s biggest Vol fan. She knows every word to “Rocky Top.” When someone says the word “Florida,” even in passing, she will say, “Boo Gators!” It’s this weird reflex she’s developed. She was even on the local news last year when a video of her very excitedly receiving tickets to a game caught their attention. She loves watching the games and looking for her friend, Smokey. 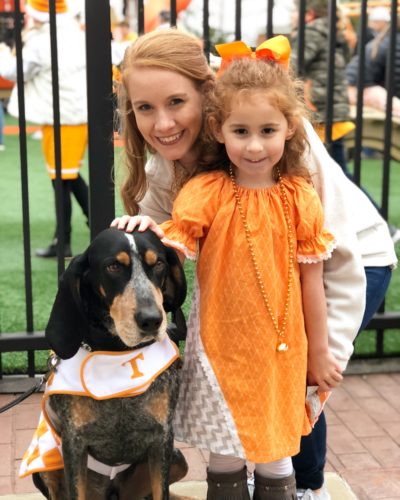 She has started to catch on that we are losing. A lot.

So what do you do when your tiny Vol fan realizes her team is struggling? You use it as a learning opportunity.

In life, you’re going to lose sometimes. You’re going to give your very best effort, and it won’t be enough. Or maybe you didn’t give your best effort and suffered the consequences. The breaks won’t always go your way. Our kids need to hear this, but more importantly, they need to hear it from YOU. And they need to see you practice what you preach.

I’ve seen far too many “fans” throw up their hands and proclaim they’re done with this team. They’re not going to watch any more games or go to the stadium. They’re going to pull their support (and money) to show their displeasure. And maybe that’s what they need to do. But I’m a mom with a very concerned little girl who is watching to see how I respond to our beloved team losing. Because this might be how I respond to her someday. She will someday be on the losing end of a game or opportunity. Will I throw up my hands and be done with her? Of course not. This is a golden opportunity to show her that I’m in it for the long haul. When we lose, we pick ourselves back up and try again next week. When we’re in a bit of losing streak that might last many years and coaching changes, we respond the same way. We keep going. We keep trying.

There’s no way to put a positive spin on losing for ten years. It stings. But as my 84-year-old lifelong-Auburn-fan grandmother assures me, Tennessee will have its day in the sun again. Every team goes through these cycles. Isn’t that true of life, too? As much as I’d love for my kids to grow up in the golden age of Tennessee football, maybe it’s good for them to know this side of it. How much sweeter will that day be for them? How satisfying will it be to know we never gave up on our team? That’s the kind of attitude I want my kids to have, both when watching football games and in life.

Tennessee Vols, we still love you. We are rooting for you. Caroline says you need to try your best next week. We look forward to celebrating your wins whenever they may come. 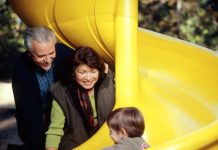 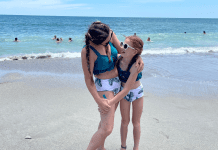