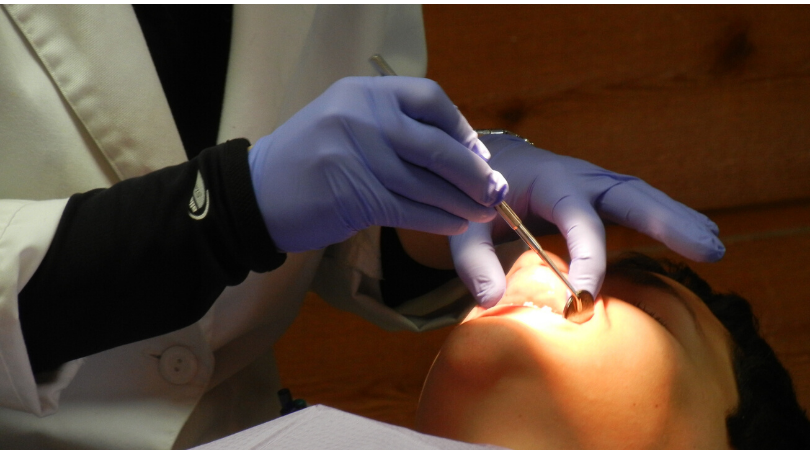 Like most kids, mine are very active, so it’s inevitable that accident will occur. This is what happened to my son and this is what you should do if it ever happens to your child. A freak accident at the baseball field, not by a baseball, but by celebrating his teammate’s home run. A mom and a kid’s worst nightmare: a knocked out permanent front tooth. I know, it’s crazy, right? Who would have every thought?

Here is what happened: during an intense game, my son’s teammate hit a home run. My son, along with the rest of the team, ran to home plate to congratulate his teammate. When his teammate got to home plate, he stomped on the plate, put his head down, and jumped up to celebrate. During this process, my son must have been right in front of him and somehow his batting helmet hit my son directly in the mouth, busting out a huge portion of his permanent front tooth. I knew something was wrong because he was holding his mouth. I usually don’t talk to my kids during their games; I only cheer and encourage them. In this case, I saw and heard a commotion and knew I needed to see what was going on. When I first saw it, it looked bad, and I have to admit that I freaked out. I was not calm, and he was not calm, but ultimately, he was ok. He wasn’t bleeding and wasn’t in a lot of pain. He was just upset that part of his permanent front tooth was gone, but he had to finish the game. He was playing out of town in a highly competitive tournament so we couldn’t just take him out of the game and leave. It was also Sunday. There was nothing that could be done at the moment, except to keep playing. 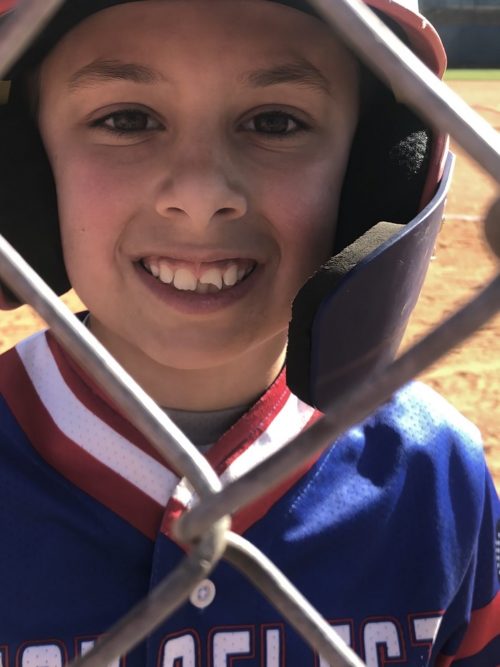 Here is what I did: first, I calmed down, which took a few minutes. I just kept thinking that my 10-year-old child will have a messed up tooth for the rest of his life or that the poor child will have a fake tooth for the rest of his life; however, the other parents reassured me that permanent teeth can be fixed. Then, I talked to my son and reassured him that everything will be ok and we will get his tooth fixed as soon as possible. We told him to focus on the game and not to worry about his tooth. He was still a little bit upset about the situation, but he continued playing. During the game, one of the coaches just happened to look around home plate and found the piece of his tooth that broke off, which was unexpected. We got milk from the concession stand and stored his tooth in milk. His team won the game and went on to play in the championship game, which meant my son had to play another full game.

He was fine, everything was fine.

Here is what you should do: first, you should make sure that you have a pediatric dentist. According to the American Academy of Pediatric Dentistry, you should begin taking your child to the dentist when the first tooth appears or by your child’s first birthday. Then, you should schedule regular appointments every six months. I think it is very important to introduce your children to a dentist very early to prevent fear of the dentist. My kids have never been afraid of going to the dentist, even when they have had to get fillings. I really think this is because they have been going to the dentist since they were very young. I recommend a pediatric dentist over a family dentist only because they have more experience working with young children, their offices are very kid-friendly, and they explain everything step-by-step to your child. If your child ever knocks out a permanent tooth, you need to check for blood and check for exposed roots. If you have the tooth, put it in milk as soon as possible. You should also call your dentist as soon as possible, depending on the severity of the accident. While my son’s tooth looked bad cosmetically, he did not appear to need an immediate appointment. We were out of town and waited three days to see his dentist.

The bottom line is that permanent teeth can be fixed, and there are various ways to fix them, depending on the severity. The dentist told us that he gets an average of three kids per week with broken or knocked out permanent teeth. My son was very lucky that he did not damage any roots and the dentist was able to use the piece of my son’s tooth that was found on the baseball field to make the repair. It was not a perfect fit, as the dentist said his tooth was shattered, so he filled in with some fancy dental stuff to make it look like nothing ever happened. I am so thankful for Children’s Dentistry of Knoxville for always taking good care of my kids, and especially for fixing my son’s front permanent tooth so quickly. 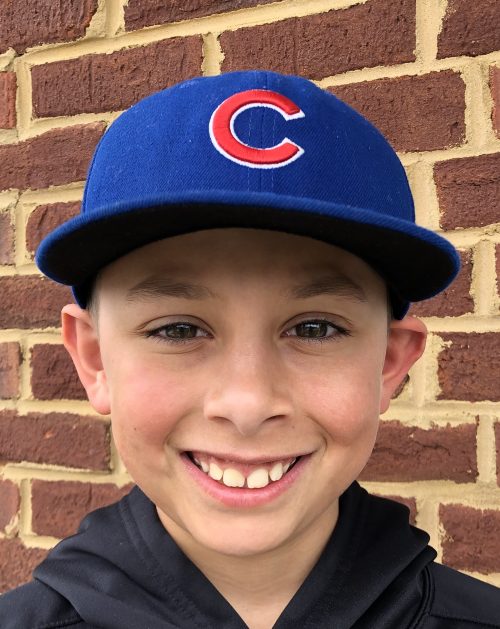 Have you or your child ever knocked out a permanent tooth? What did you do? 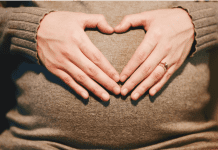 Why I’ll Never Be Pregnant Again