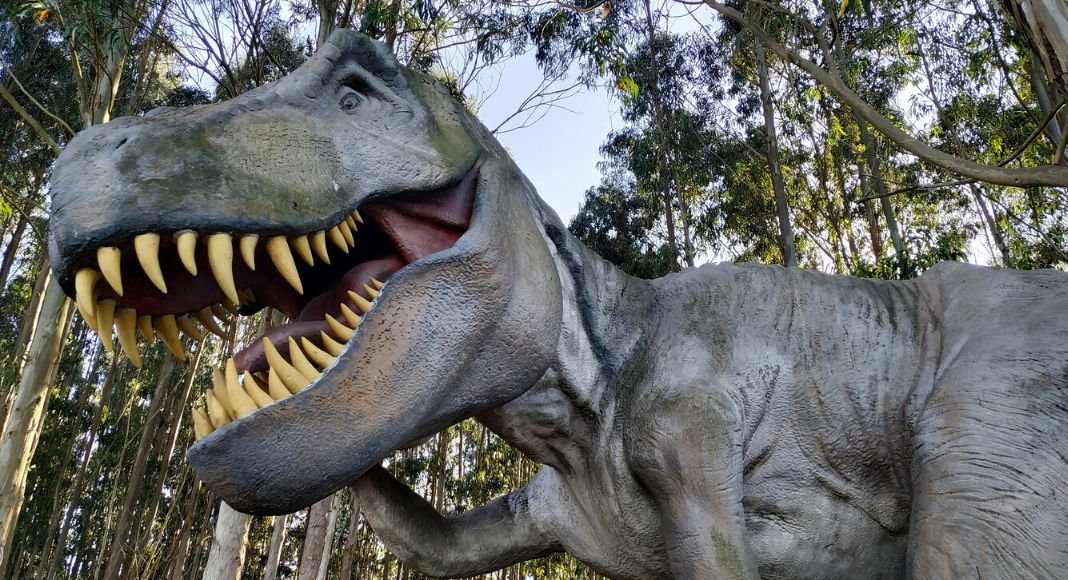 Today on National Momographic, we are going to talk about the rarely spotted Teenasaurus Rex. These creatures have been around for millennia, yet many who see them out in public or even have them in their house are still a little confused by their behavior and feeding habits.

First, let’s talk about identification. Teenasaurus Rex is sometimes very easy to identify based upon the way the eyes will roll back in the head many, many times per day and the arguing sound that a T. Rex will bellow to pretty much anything you say in its general direction. Be careful though, as sometimes Tweenasaurus and Toddlersaurus will exhibit these same behaviors.

To correctly identify the Teen Rex, you’ll need to listen for the very common door slam to tell you one is in the area. Although the slam sounds like it is very aggressive, it can also signify happiness, contentment, or really any mental state of the T. Rex. Another clue you can use is to follow the various items of destruction that a Teen Rex leaves in its wake. These are generally backpacks, shoes, socks, school papers, chip crumbs and empty boxes left in the pantry. Finally, the last clue will be the absence of drinking glasses and soup bowls in your kitchen. Some scientists believe the Teen Rex may horde these items in its den to mask the odor of anything clean or otherwise sweet smelling and to properly claim its territory.

This is a really tricky question to answer, as some Teenasauruses seem to mature a little earlier or later than others. You’ll notice after having a Babysaurus, Toddlersaurus, Big Kidasaurus, and Tweenasaurus, along comes the much louder, bulkier and usually odorous Teenasaurus Rex. These creatures can hang around in your home from 1-9 years before they hit maturity and move on, usually in search of a mate. It has been recorded that occasionally, a Teenasaurus Rex will become an Adultasaurus, still living in its original den.

The grooming habits of a Teenasaurus Rex are varied and will change from beast to beast. Some Teen Rexes will avoid bathing and try to use natural oils in their skin and hair as an adult deterrent, while others will bathe themselves very regularly and then roll around in the plant known scientifically as Axebodysprayus Sprayiteverywhereus to achieve a very strong odor, which leading researchers believe is to help attract a mate.

With or without grooming, the Teen Rex will consume mass quantities of food. Although raised on organic vegetables and a very well-balanced diet by their mothers, T. Rexes will usually only forage on potato chips, French fries, and anything covered in processed cheese. Instead of consuming water as they were taught while growing, they generally prefer brown or neon green liquids in the pursuit to quench their thirst.

Social behaviors vary widely from Teenasaurus to Teenasaurus. Some prefer the company of many other T. Rexes and will congregate in large, very loud colonies, usually nocturnally. Other Teenasaurus Rexes prefer to be surrounded by few or even no other Rexes and instead will remain in their dens and stare at a bright box while making odd sounds. These T. Rexes seem to like to show their mother Rexes how skilled they are in defending their pack or building new dens inside the bright box, but will not do so outside at all.

Don’t let the aforementioned behaviors scare you, the Teenasaurus Rex is one of nature’s most amazing creatures.

Generally, they possess a really great sense of humor and it has been noted that Teenasaurus Rexes will often remain in the family den in order to protect the Babysaurus, Toddlersaurus and Big Kidasaurus while the mother and father are finding food. Sometimes the Tweenasaurus and Teenasaurus will fight, but it usually ends without too much bloodshed and these two will once again resume a peaceful coexistence.

If you are fortunate enough to have one (or more) Teenasaurus Rexes in their natural habitat inside your home, take full advantage of their beautiful, infuriating, lovable, wacky, wonderful behavior, because one day (all too soon) the Teenasaurus Rex will find a mate and change dens.

If you are very, very lucky, the new T. Rex pair, often referred to as Momasaurus and Dadasaurus, will return with their eggs and or Babysaurus. And that, National Momographic readers, is just about the best thing on this planet, or so I’m told. 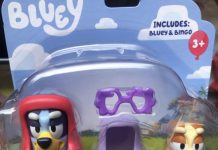 It’s Not Just for Kids: Why I LOVE Bluey 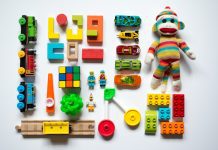 I Took Away My Kids Toys During Quarantine 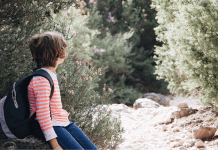 I Don’t Mourn Because My Kids Are Growing Up

Beth Wilkin-Waldmann - July 10, 2020 0
There’s no question kids love pizza! And, who are we kidding? Adults love pizza too! That’s why Knoxville Moms has put together this list...