I am a child of the ’80s and came of age in the ’90s. Technology was limited to the Walkman, then the Discman, cable (if you had it), and the first America Online chat rooms, where everyone was mostly exactly who they said they were. There was no social media, no smartphones, and, mercifully, no digital cameras to capture every ridiculous, embarrassing, and incriminating thing I ever did.

This isn’t to say my formative years were flawless. I have plenty of mistakes that hurt at the moment and left a mark to teach me a lesson. There was bullying and girl drama and a handful of bad crushes. All the growing pains that existed in my youth are alive and well today, and they serve as helpful reminders in the midst of raising our 12 and 15-year-old sons.

However, technology remains the glaring difference between my childhood and theirs, which presents the soul-crushing challenge of parenting with wisdom and confidence. It is a daily, ongoing task to stay one step ahead of the next new app, site, or update, and since we have to prepare our kids to enter the world without us, resistance is futile.

That being said, we are taking our time.

My 15-year-old doesn’t have a smartphone yet, though 2019 will be the year he finally gets one since he’ll soon start driving. He’s felt the pain of it though, the sting of jealousy and constant fear of missing out, but this is an area where my husband and I have parented with serious intention. A smartphone isn’t the latest fad toy. It’s not a reward for good grades or good manners. Social media shouldn’t just happen because everyone else is using it.

A smartphone, particularly with social media, is entertaining, sometimes useful and fun to have, but it can be the very thing that brings us to our knees as parents. It can be the worst possible solution for young people struggling to connect.

I know what you’re thinking. I’m too cautious. I’m parenting out of fear. Social media is no big deal, and I could simply follow their accounts to see what they’re posting. If I just talk to my kids, I’ll know how they’re doing mentally and emotionally. I could just trust them.

All of those points have a sliver of truth. I am cautious. I am afraid of the unknown. I could follow their social media accounts to see what they choose to share, knowing that I’m watching, but that’s not enough. If I remember anything about being a teenager, it’s the ability to show or hide whatever I wanted to.

Social media, and general online activity, is a wider, deeper, darker world than most of us realize, and we aren’t doing our teens and tweens any favors by handing them a fully-loaded device. Depression rates are skyrocketing, and our technology is designed to keep us coming back for more faux connection. If you get bummed by fewer “likes” than you prefer, can you imagine what that feels like for your young daughter, who just posted her ump-teenth selfie on Instagram? If I recognize my own struggle to put down the phone, to stop scrolling, to stop comparing my real life to Facebook’s fake life, how can I possibly think my boys won’t have the same – or worse – struggle?

Furthermore, the less we know (Finsta, anyone?), the worse it can be.

To help safeguard our kids while still allowing them to explore and learn from technology, we’ve done a few key things:

First, absolutely no computers or devices are allowed in bedrooms.

None. Zero. The family computer is in the living room and it is password protected between the hours of 8am and 9:30pm, or whenever it goes unused for more than 30 minutes. We have adult content blocking extensions in Chrome, as well as parental controls on Safari and the Xbox. Currently, all messaging on my son’s iPod Touch streams through my personal computer. No apps can be downloaded without our iTunes password, which neither son knows.

In preparation for our oldest son getting his first smartphone, I signed up for the Bark app and joined “Parenting in a Tech World” on Facebook, which is probably the best use of the platform I’ve found to date.

Bark monitors my sons’ email accounts and my older son’s iPod, and it alerts me if it catches potentially harmful or sensitive content. It keys into certain words, not just profanity or mature content, but phrases that relate to bullying and self-harm. While Bark covers more than 20 platforms on most devices, it isn’t perfect. There are direct messages and searches that go unchecked, not to mention the depth one can go with in-app chatting, but it’s better than doing the random, “Hand me your phone” for that unplanned scroll-through.

There is no perfect solution, and I’d be lying if I said we haven’t learned some of these lessons the hard way. But if you have children younger than 12 and 15, then I come to you from the future. Think carefully about what you place in your child’s hands. Do your research. Recognize the areas where you struggle with technology and discern whether or not your child is ready for that level of pressure.

Nothing is lost by waiting. 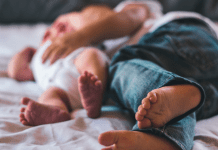 From One to Two 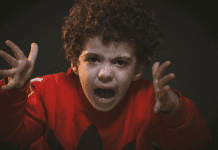 Beth Wilkin-Waldmann - May 17, 2021 0
If chips and salsa are your love language, you’ve come to the right place! Knoxville Moms has put together a list of the best...