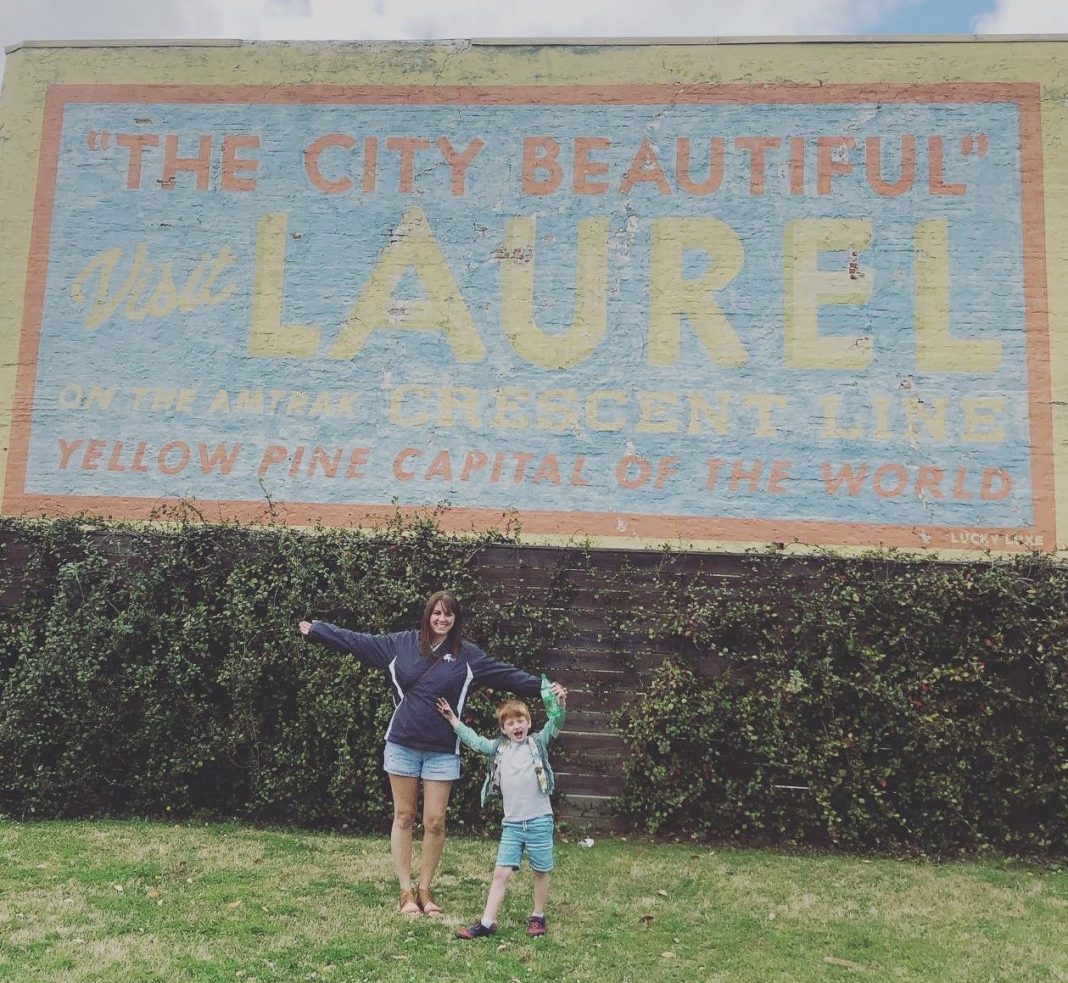 It seems like every other woman I meet has made the pilgrimage to the holy mecca: the Silos in Waco, Texas. I mean, is there anyone at this point who hasn’t heard of Joanna Gaines and/or dreamed of covering everything in shiplap and painting it white? This woman pretty much invented the term “farmhouse chic.” She owns her own magazine, her own television network, and her own veritable theme park, complete with a Wiffle ball field inexplicably resting in the shadow of a historical cathedral (that she paid to have moved across town to the Silos just because she could).

You know what else I’ve heard about the Silos? It’s crowded. Prepare to wake up at the crack of dawn and wait in line outside for hours if you want to eat avocado toast for breakfast at the Magnolia Table. It’s overpriced. Think you want to grab some home decor as a souvenir from the Magnolia Marketplace? You’re better off shopping their line at Target.

In fact, in my opinion, you’re better off skipping Waco altogether. I don’t know if you’ve heard, but there’s a new design diva in town, and her name is Erin Napier.

If you’ve caught a few episodes of the HGTV show Hometown, then you know that Laurel, Mississippi is where it’s at. While Chip and Joanna Gaines are trying to manufacture a hometown feel at the Silos in Waco, Ben and Erin Napier are simply shining a spotlight on the small town vibes that were there all along in what Erin has nicknamed “the Stars Hollow of the South.”

I fell in love with the Hometown series back in 2016 when their very first episode aired in the spring. Seemingly one of the only shows on HGTV in which couples are actually trying to stick to a tight budget, Erin Napier pulls trick after trick out of her sleeve to make homes look magazine-worthy on a dime. I have marveled at her simple design tips, Pinterest pinned them to no end, and successfully copied a few in my own home. Season one of Hometown taught me to believe that you really don’t have to be super-wealthy to make your home feel beautiful. 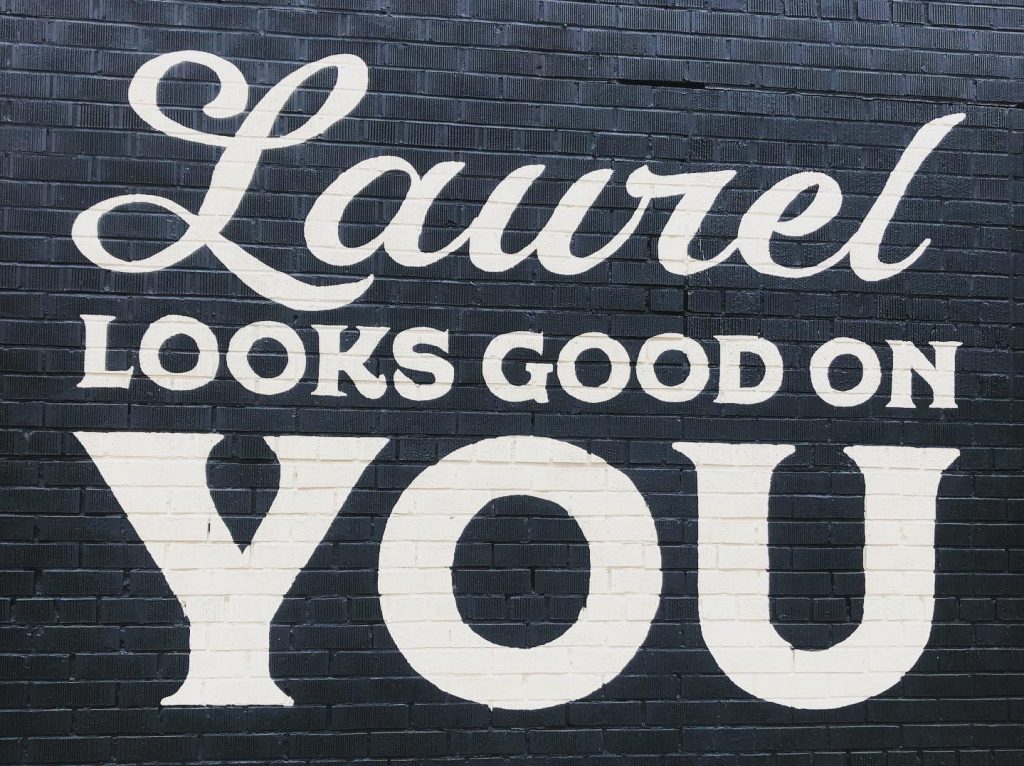 Then I started fangirling over the couple once I read their memoir Make Something Good Today. The story of how they met and fell in love and slowly built this quiet empire that they are sitting on now is really beautiful. Erin simultaneously feels like the humble, down-home girl you could have been best friends with growing up and this confident Midas-touch innovator who is good at literally everything that she attempts.

After I turned the final page of Make Something Good Today, that was when I knew: I had to see Laurel for myself. I needed to make my own pilgrimage. I needed to see everything in person, and buy souvenirs, and take home a little piece of Laurel back to Knoxville.

If you’re considering making an HGTV pilgrimage yourself, here are a few tips for visiting Laurel:

1. Skip the hotel and stay in a Hometown reno

There are plenty of homes available for rent on Airbnb that have been designed by Erin Napier and featured on the show. While the same thing is happening in Waco (some homes are renting for up to $700 a night!), the homes in Laurel are super affordable. One of the cheapest options is the studio apartment behind the Bird Dog Cafe, featured in the last episode of season 4 (available for $150 a night). Mallory Rasberry (Erin’s best friend who is frequently featured on the show) also has a side business renovating homes right in the middle of Laurel’s historic district and renting them on Airbnb. When I visited, I ended up staying in a bed and breakfast apartment above the Sweet Somethings bakery, which included free breakfast from the bakery each morning (something I simply couldn’t pass up). It was also really fun to stay right on Central Avenue in the heart of downtown. 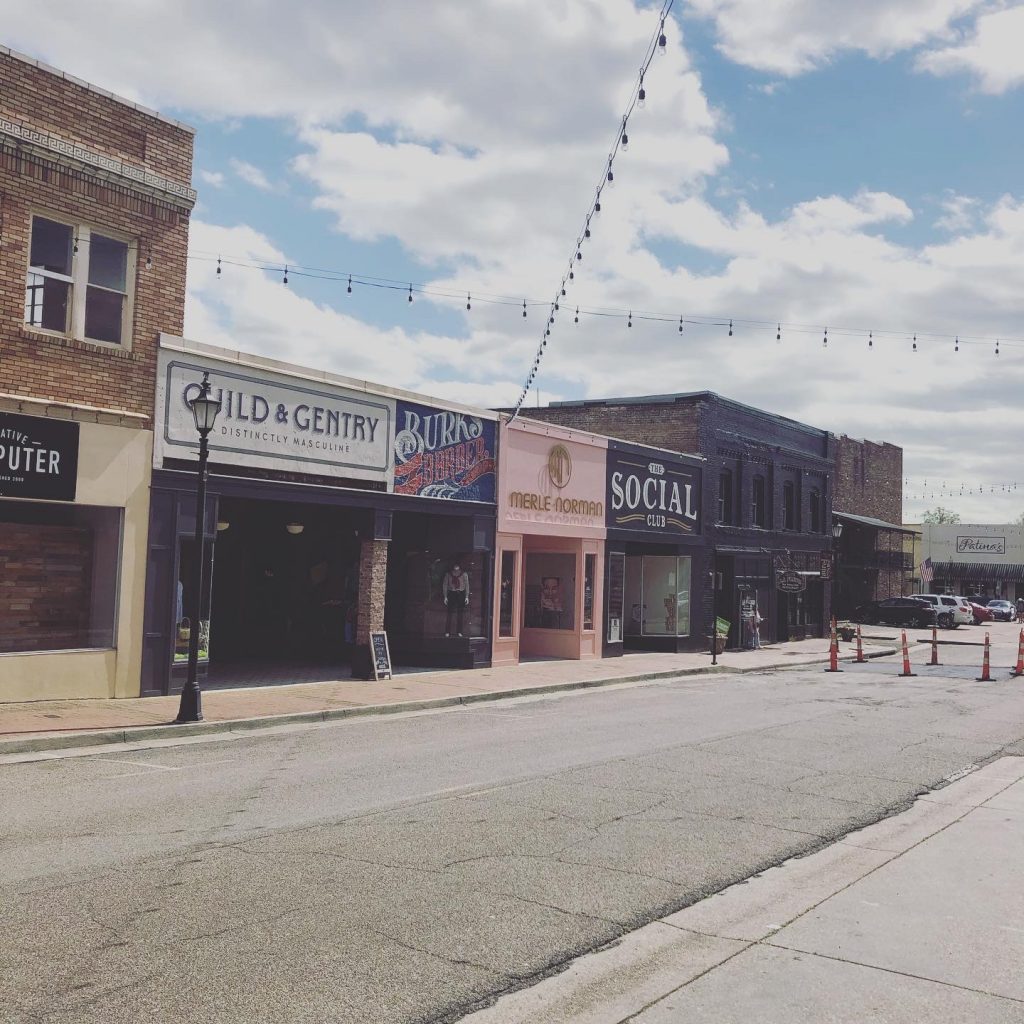 Laurel is one of the most walkable towns I’ve ever visited. I expected the landmarks that I wanted to visit would be spread out, and I kept jumping into my car to navigate and drive, only to realize that my next destination was only a block away. The downtown shops are close to Ben’s Scotsman workshop (a must-see, of course), and also close to the mall and every local restaurant that you will probably want to try. There are many stores downtown that hand out maps and brochures to assist you in a walking tour of the historical homes in the area. They tell you where you begin your walk, and as you meander down the streets, they give you tidbits of history about each of the homes that you’re walking past (in true Laurel fashion, naming each home after its original owner). The Lauren Rogers Museum of Art (a place that Erin mentions in her memoir as her original inspiration to study art in college) is also within walking distance of downtown, and it is actually located in what used to be the Rogers’ house. The rooms in the house are still decorated with the original furnishings and are almost just as much a part of the exhibit as the art on display (think a mini-Biltmore Estate).

3. Eat all of the things 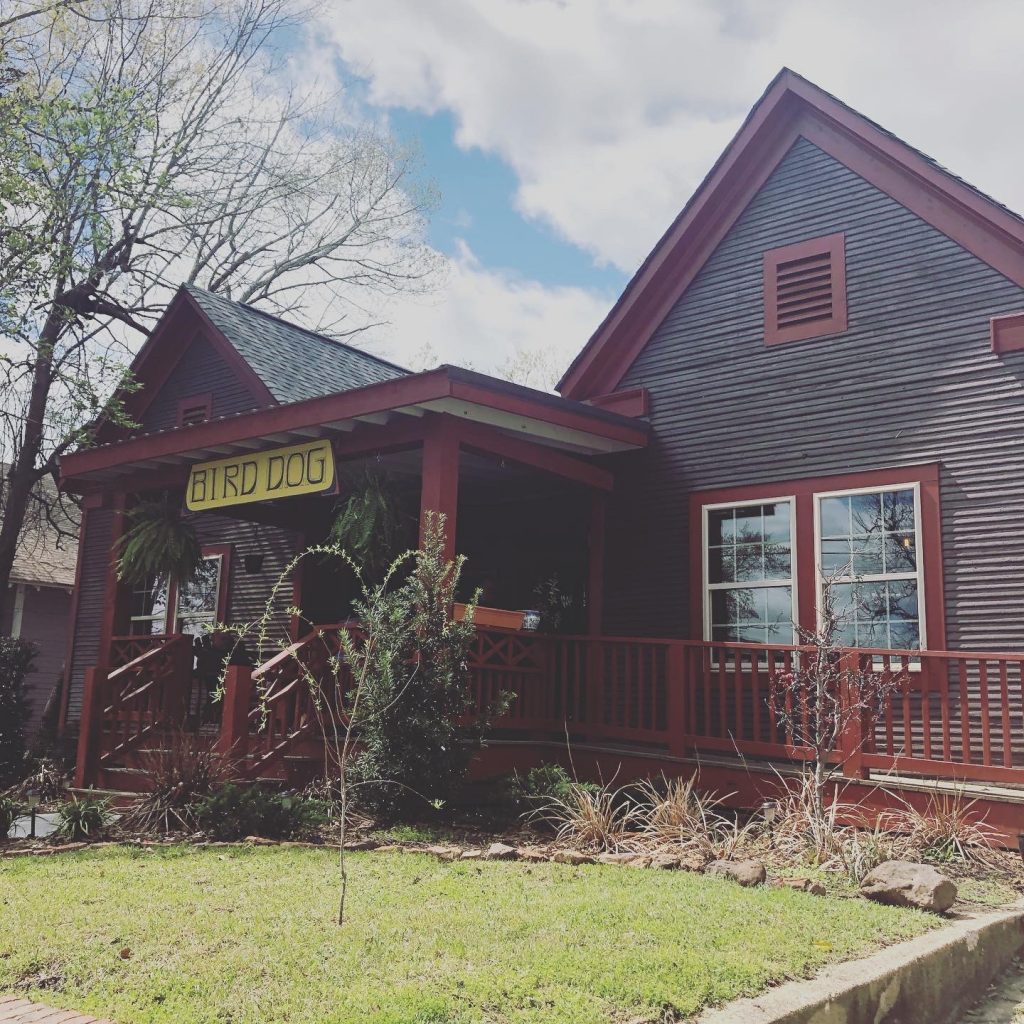 There are so many good restaurants in Laurel, it’s almost a little bit unfair. How does one tiny town have SO much good home cookin’ on every street corner? I love how the Napiers feature different restaurants around town on their show (usually as a backdrop for the moment when the homeowners reveal which house they purchased) — everything from Ms. Pearl’s corner diner to ice cream shops to a food truck called The 5000 (which we saw parked next to Ben’s workshop while we were there). I came prepared with a list of places that I wanted to try while I was in town, but I still didn’t get to try them all! It’s okay; it’s just a convenient excuse for me to go back. Another plus: I didn’t have to wait in a line out the door to eat at any of these places. Every restaurant we visited had more locals and regulars than tourists (I was one of the only weirdos snapping pictures of everything), and I wouldn’t have it any other way. 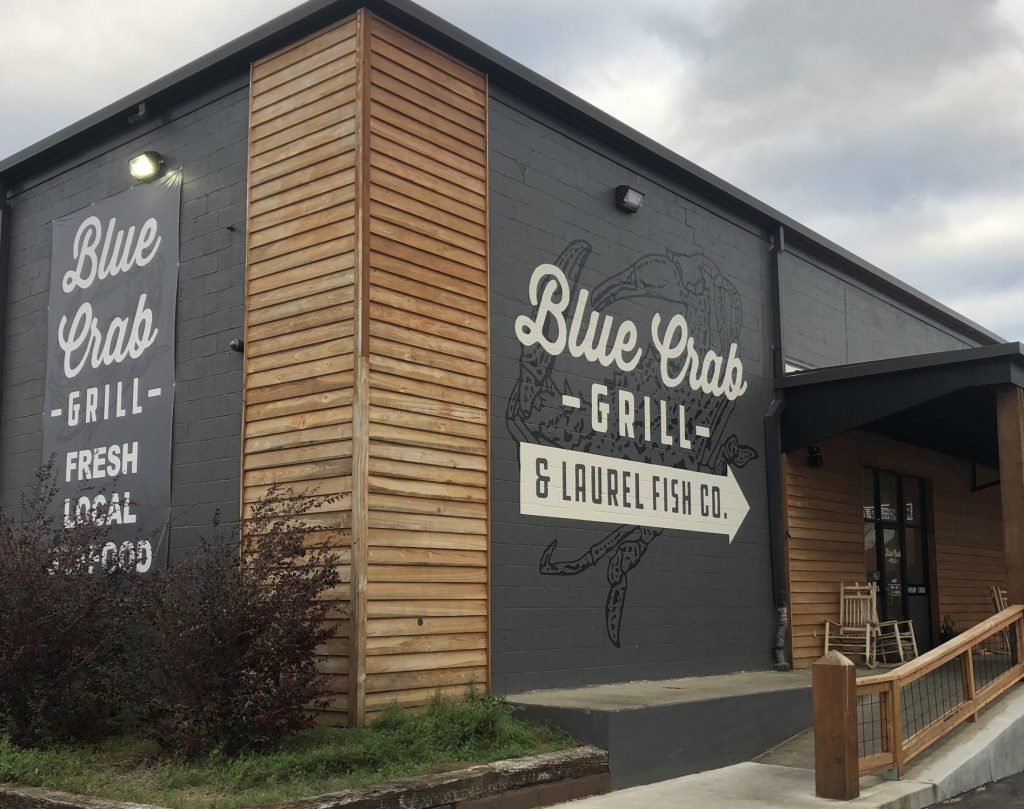 You can’t go on an HGTV pilgrimage without bringing home some souvenirs! And luckily for me, the souvenirs in Laurel are much more affordable than what I would find at the Magnolia Marketplace. The Scotsman General Store is a must-see stop. The store is in the same building as Ben’s workshop, and it even has a window so that you can watch the guys at work while they’re building furniture (and you might even get the chance to see a scene from the show being filmed). They sell snacks, T-shirts, candy, and even Ben’s own signature blend of coffee. Erin’s labor of love is the Laurel Mercantile, which is another must-see stop when you’re in Laurel. She’s got her own line of jarred candles, matted prints from local artists she has featured on the show, and even a bunch of the cute headscarf/headbands that you see her wearing in each episode. If you can’t wait to make your own pilgrimage, you can check out their website and order online here.

Aside from those two places that are somewhat new to Laurel, there are so many staples that have been featured in past episodes as well. I knew I had to visit the Rusty Chandelier (a giant flea market-style shop filled with booths from different vendors), but I didn’t realize that the prices would be SO reasonable that I’d want to fill an entire shopping cart. Peddler’s Junktion is another legendary stop: a super cute vintage store filled with antiques that are definitely more treasure than junk. There was no way that I could possibly visit every store in town. It’s just another reason that I’ll have to go back.

As the sun set on Kampers Alley on my last night in town, twinkle lights flickered to life, filling the streets with a magical glow. A large hand-painted sign advertising an upcoming Crawfish festival was just visible in the twilight. Store owners began to flip their signs to closed for the night, and couples and families quietly strolled down the sidewalks, stopping and pointing out window displays and chatting with passersby. 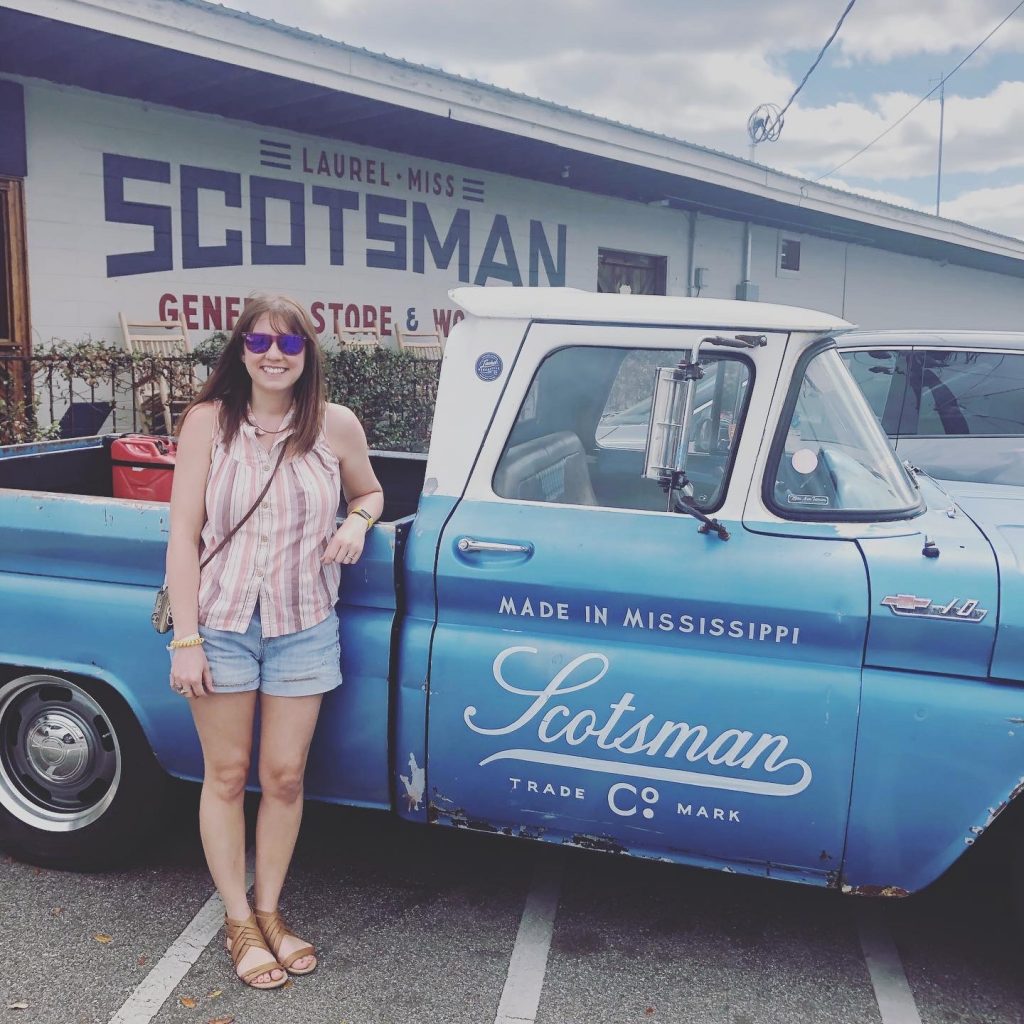 Maybe someday Laurel will turn into Waco. It might be overrun with tourists, itching to get a look at the famous TV designers in person, Instagramming every alley wall mural that they find, and complaining about the slow southern pace. But I sure hope not. There’s a reason that so many people want to move here. As of right now, Laurel, Mississippi is a sweet, enchanting little hometown, and I hope it always stays that way. 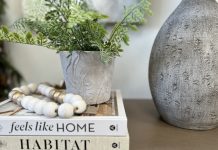 How To Create A Beautiful Faux Bois Planter 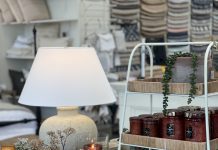 Favorite Design Details That Are Perfect For Fall 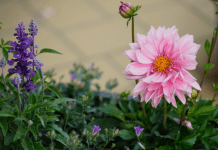