“You’ll miss this so much one day.”
“You need to cherish every moment when they’re little like this.”
“It goes so fast!”

As the mother of a nine-year-old and seven-year-old, in addition to a two-year-old, I can assure you that I will not miss the toddler stage of life. Parenting a toddler is just plain hard. The irrational outbursts, the big feelings that cannot be communicated, the seemingly all encompassing desire to find a new and different way to try and die with the dawn of each new day…it’s just…a lot. 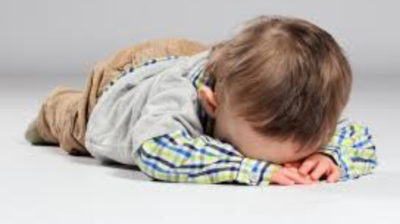 When my big kids were toddlers, I heard tale of a magic world I might live in one day, a world where we didn’t look like we were moving West to find gold at every outing. (My car so loaded down with diapers and toys and changes of clothes and bottles and sippy cups and a giant double stroller…) I knew the end of that life would come one day, but with two kids nearly a year and a half apart, it was just some far off idea I couldn’t fully recognize. Slowly, the physical demands of being their mother became fewer and fewer. Slowly, leaving the house became, “Okay dudes grab your shoes,” and not an exercise in packing the car like the Clampets rolling into Beverly Hills for the first time.

Then, Finn came along, and with Finn’s descent into toddlerhood I realized many, many things, but the main realization is that this age is not my cup of tea.

Don’t get me wrong; I love that brown eyed, curly headed baby with everything in my being. Every day in true toddler fashion he says something new, does something adorable, or comes in for a big sloppy kiss and I melt for him all over again. But, there’s a flip side to that coin. He’s also the same boy who takes all his clothes off, climbs on top of the counters, and pees in my purse while I’m inches away trying to find the “right” cheese in the fridge. He’s the one who smuggles small rocks into the car to try and eat, and also to throw at the front windshield with such force I wonder if he will walk onto an MLB team at the age of ten. The physicality of parenting him wears me out. And yes, I know emotional regulation is all over the place at two and a half, but the fits/tantrums/borderline demonic possession outbursts? No thanks. Hard pass. Please come back when you’re four.

See, when my big boys got big, I realized I love parenting older kids. As a boy mom with a fairly unconventional job and a knack for getting my hands dirtier than most women I know, adventuring with them has been one of my greatest joys. I’m game for most anything they want to do and they’re game for most things I suggest. I also love going to dinner with each of them, one on one, and just talking to them about their lives, their days, their friends — anything and everything really. When they were small, they were a handful. Anyone who has done two under two can tell you that. I put my head down and got out of the trenches and eventually began to absolutely love parenting them. With Finn, I know rationally he will not be a toddler forever, but I’ve also seen the other side to these years and I can fully say they are my absolute favorite times. Older kids are awesome.

But, here’s the other thing. When I started crowd sourcing topics to write about this month, so many women told me I NEED to write this article. Why? Because they’ve been guilted SO HARD by someone when they have admitted that _______ stage in parenting just wasn’t for them. I tend to care way less about way more things than a lot of people, so at first I didn’t believe it, but the more and more women I talked to, the more and more I got that same reply.

Just because a woman prefers a certain stage of motherhood to another doesn’t mean they hate their child. Yes, it’s true. Please re-read that if you need to. We are here every day in the thick of parenting. Whether you’re single, married, working, stay at home, work from home, whatever, as a mother, typically the work of parenting falls mostly on you. Just like any job there are parts that are amazing and parts that are, meh, but we do them because the rest of the gig is pretty sweet. Show me someone who loved each and every developmental stage with an equal fondness and I’ll show you a liar. It is natural to have preferences. It is natural for your kids to sometimes set your teeth on edge. Really, it’s fine. What isn’t fine in my opinion, is to shame someone for being transparent with their preferences for whatever parenting season they like best.

I often tell my friends I’m just trying to make it to four. I just have to get to four. Just get Finn to four. And I have no shame in that, until someone makes me feel like maybe I should. My disdain for the toddler years is someone else’s disdain for newborns is someone else’s disdain for pre-teens and so on. If a mother is brave enough to confide in you that she’s struggling to keep up with whatever season she’s limping through, I can assure you she already feels enough self-imposed guilt at that statement without the need for anyone else to tell her she should feel worse. Mom guilt is such a hardwired thing for most everyone, so please just let us feel feelings without shaming us over them.

I had more to say, but Finn just crawled inside the trashcan. Toddlers, y’all. 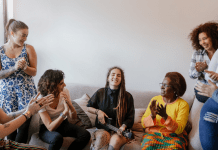 Happy Mother’s Day To ALL WOMEN