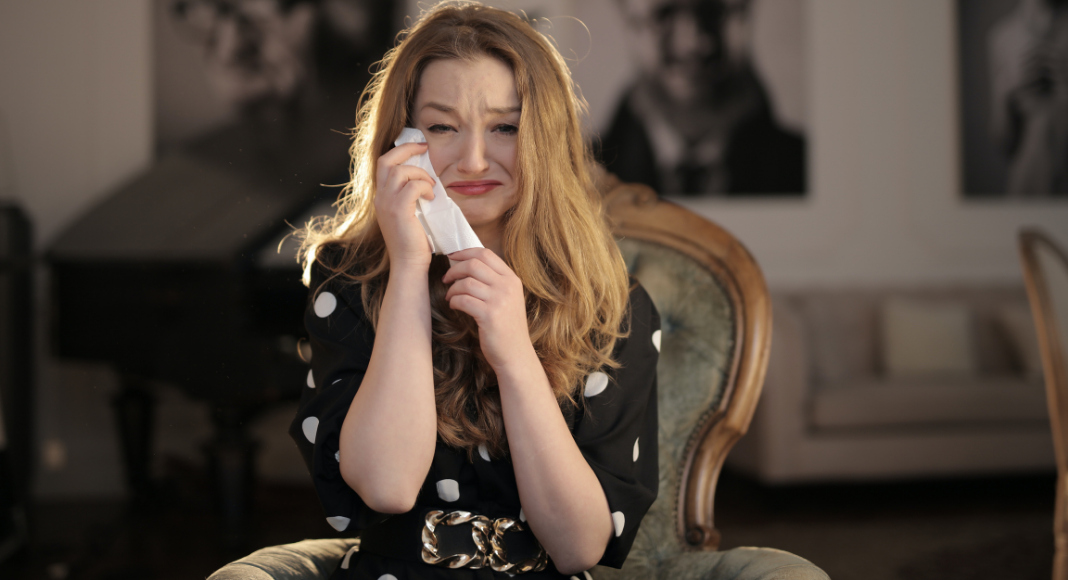 One of the hallmarks of pregnancy is often our emotions running wild. Sometimes this means tears, sometimes anger, and sometimes we just can’t remember anything we set out to do! Thanks, pregnancy brain. You never know what’s going to trigger the emotional outpouring either. It could be seeing another cute baby in public, knowing your spouse did something thoughtful for you, or watching one of those soldier-family reunions on TV…ok, those get me even when not pregnant! My grandpa used to take my grandma to a cowboy movie once a week so she could cry there.

But sometimes, just sometimes, our reactions don’t exactly…make a whole lot of sense. I mean, they do to us at the time, but later we usually find it pretty funny once the moment has passed.

And so, for your entertainment, we present some of the Knoxville Moms’ best pregnancy brain, crying, and upset moments.

“Pregnancy brain story. When I was pregnant with Heidi, I drove to my work one morning and realized that I forgot to bring my computer. So I drove all the way home to get it and back to work again, only to realize that I had forgotten it again! Had to go home again to get it. Thankfully, the third time arriving at work was the charm and I remembered it that time.”– Samantha H.

“I cried because I couldn’t remember the punchline to a joke. I told my husband I lost my ability to be clever.” — Lindsay R.

“I cried because a girl I knew had her baby a week before I ended up having mine. I was so jealous that she had her baby and I was still pregnant haha!” — Jordan M.

“Food! Anytime my order was messed up or they were sold out of what I wanted I always got really upset.” — Dominique D.

“I tried to pay for Starbucks with my zoo membership.” — Kara W.

“I was in the drive-thru line at Starbucks and just kept sitting in line with my window up, right past the ordering speaker. When I got to the window, the baristas just looked at me like ‘…you didn’t order anything.’ Then I started crying. They made a drink for me real quick anyway.” — Laura O.

“My husband loves to fish and fishes often. When I was pregnant he showed me one of the fish he caught (which he had done so many times) and I felt bad for it and cried for the next 45 minutes.” — Angie T.

“I was at work wearing scrubs at 8 1/2 months pregnant with twins. A little boy had a massive diaper blow out on my lap. I went into the closet and cried. Then I couldn’t find any spare scrubs that were big enough to fit me so I had to squeeze into clean scrubs that left my belly hanging out until I could get home. Cried some more.” — Tricia H.

“I cried in the middle of the aisle at Babies R Us while trying to make my baby registry because I couldn’t figure out if we really did need two diaper genies or just one. I was feeling overwhelmed with that scanner gun in my hand.” — Rachel D.

“All I wanted was a Weigel’s Mt. Dew Sharkee. I went to THREE different Weigel’s and they were all broken. I was so mad and upset I emailed corporate. I received a personal phone call from the OWNER of Weigel’s apologizing and he sent me coupons for three free Sharkees.” — Kailey R.

“I cried while pregnant at the thought of having no photos of me and the baby and a million of baby and my husband because I take all the photos and my husband never does.” — Kelsey H.

“I cried when my husband blurted out to his family that I was pregnant with baby #2. I wanted to make a cute announcement when I was ready, but he just randomly blurted it out in a random moment, super unexpected. They all thought I was upset about being pregnant again, which wasn’t the case at all!” — Meredith M.

“I’ve never emailed a corporation with a complaint ever in my life but at a billion months pregnant I emailed Taco Bell a nasty gram about doing away with the Mexican Pizza. I genuinely expected it to be promptly back on the menu.” — Amanda M.

“My husband cleaned out the dryer and got the lint and mentioned there was a lot of lint. I was like sorry, I forgot, so he responds with ‘That’s how fires are started.’ And I just lost it and thought he was being so mean to me and that I endangered my family — haha! Also there is an infamous story about how one night I asked what he wanted for dinner and he was like ‘idk hamburgers’ and I just went off the handle screaming about how he needed to eat vegetables and I wasn’t eating fast food for the rest of my life.” — Haley L.

“Mom brain story. Or pregnancy brain at that time I guess. I left my cell phone on top of my car and drove off with it there and had no clue until later that day when one of my neighbors from down the street returned it because her mom found it on the road, not damaged at all I might add.” — Stephanie R.

Ok moms, now we want to hear your story in the comments! And for the first-time mamas out there, here’s a head’s up: pregnancy brain just turns into “mom brain,” so be ready! And don’t forget to laugh at yourselves (and us!) 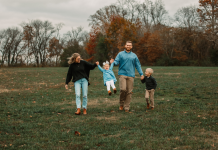 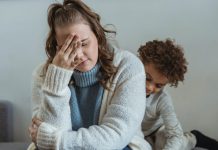 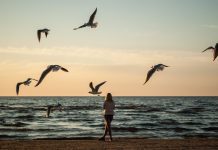