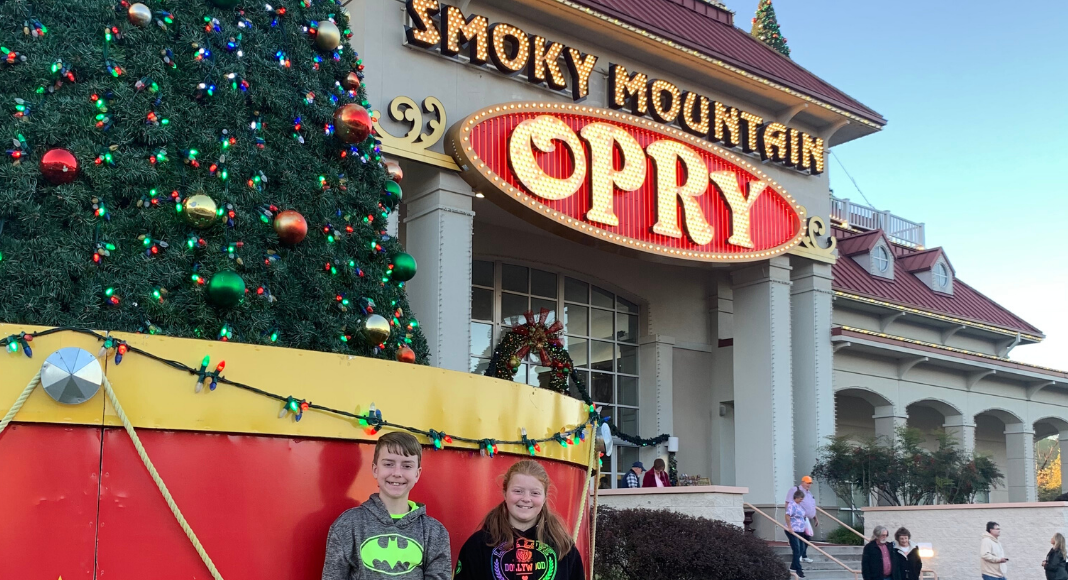 Recently, Knoxville Moms asked us to kick off the most wonderful time of the year with a trip to see Christmas at the Smoky Mountain Opry in Pigeon Forge! We said yes. And by “yes,” I mean we jumped up and down and said we’d love to go!

A fun night out for the whole family is pretty hard to come by when you have a tween and a teen. Oh boy, you thought toddlers were hard to please when it comes to entertainment? I’m pretty sure that kids this age are hormonally programmed to think everything is lame.

My husband and I have always loved musicals and have seen several in theaters around the country. We knew we would have a great time, but were wondering what the kids would think when we “dragged them along” (the common phrase used for any family event when you have a teen).

It turns out that, just like toddlers, teens love the concession stand and will brighten up instantly. We, of course, went all out and got popcorn (better than movie theater by a landslide), cotton candy (without the county fair pricing), and drinks in super fun insulated light-up cups (which you can bring back for free refills for life!) 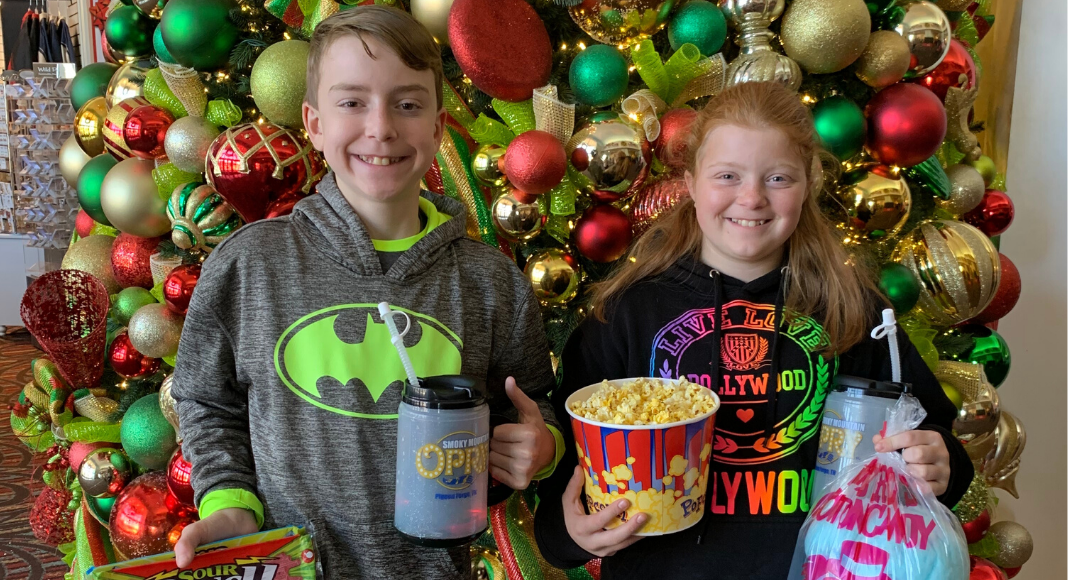 We were escorted right to our seats, which was really handy because there were a few other patrons sitting there. The usher was really kind and helped the couple find their seats in a matter of a few seconds. Did I mention we got some great seats? Although, from the way the theater is set up, EVERY seat is a GREAT one! We settled right in, ready for our fun to begin.

Immediately, the show started with holiday music that got our toes tapping. I was very impressed with the performers who were able to sing while dancing some pretty complex moves! After about three songs, my husband leaned over and said, “Everyone has been covered in sparkling costumes so far.” About 10 seconds later, my daughter leaned in from the other side and told me she “loved all the glitter on their dresses!” Glitter enthusiasts, have no fear! Each and every costume will make your sparkly little hearts go wild! It is truly a treat for your eyes and ears.

A few songs in, a new character took to the stage. Slim Chance was by far my son Lucas’s favorite part of the show. He told jokes, he juggled, and even called a young helper from the audience to do a stacking trick with boxes. (Lucas has been trying to learn how to do it ever since!) We were sad to see him go after his skit, but were ready for some more songs.

My daughter Alaina loved the next parts. There were high-flying aerialists that performed some pretty amazing feats of strength, all choreographed to the music. You want to see some true girl power? Watch a female aerialist! This same performer also changed her outfits in record time, right in the middle of the stage. My kids both speculated about HOW she could have possibly put on a whole different dress in the couple of seconds she was behind a curtain. I don’t have the answer for this — she was THAT amazing!

We got a glimpse of Santa and his workshop, and when Slim Chance reappeared as an elf riding on a reindeer, I thought my kids would never stop laughing. He added his antics to that of a whole cast of recognizable toy characters, and then it was time for intermission.

During intermission, guests are given the chance to purchase souvenir LED candles to hold during the show, in honor of the spirit of giving. One hundred percent of the proceeds from the sale of these candles goes to the Smoky Mountain Opry Christmas Candle Fund, which has given over $500,000 to local charities! We could not pass up such an easy and fun way to donate to our neighbors, so of course we bought the candles. 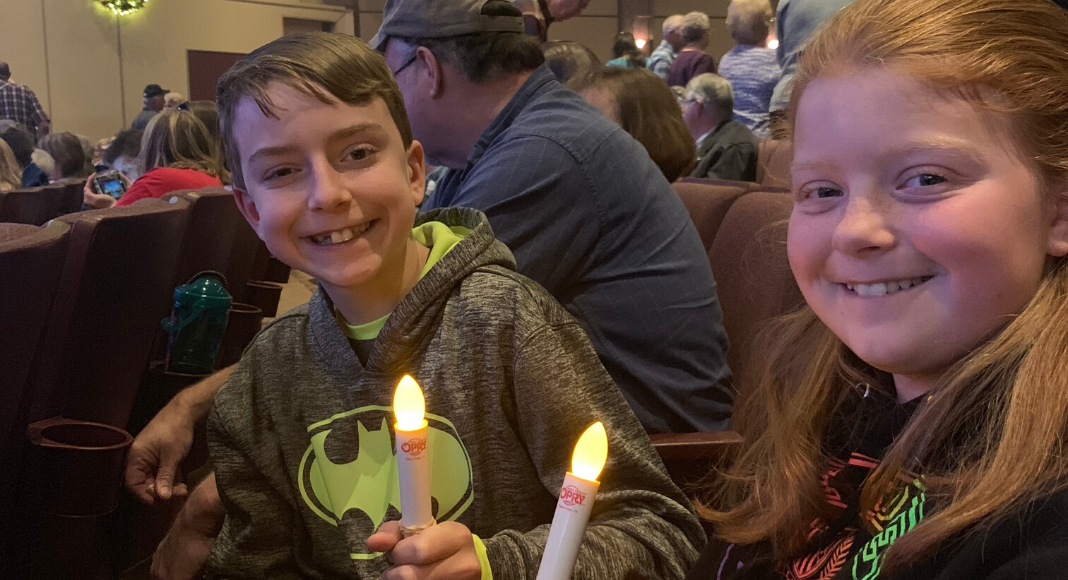 Of course we also refilled our new BFFs, “Dolly the Drink Holder” (Alaina’s cup) and “Parton the Pee Maker” (Lucas’s cup, naturally). Then the show started back up with Santa Claus joined by performers in cowboy boots and hats — yee-haw! My kids were also beyond delighted to see Slim Chance take to the stage for a few more silly antics, after which we got to hold our candles high in the air. What a beautiful sight to see an audience full of people who joined us in showing love for our fellow humans!

And then the moment we had been waiting for: the show concluded with a live Nativity Scene, complete with camels, right there on the stage. The scene was so well done; it was just amazing to see, and our favorite part was the “star-filled sky” above us. 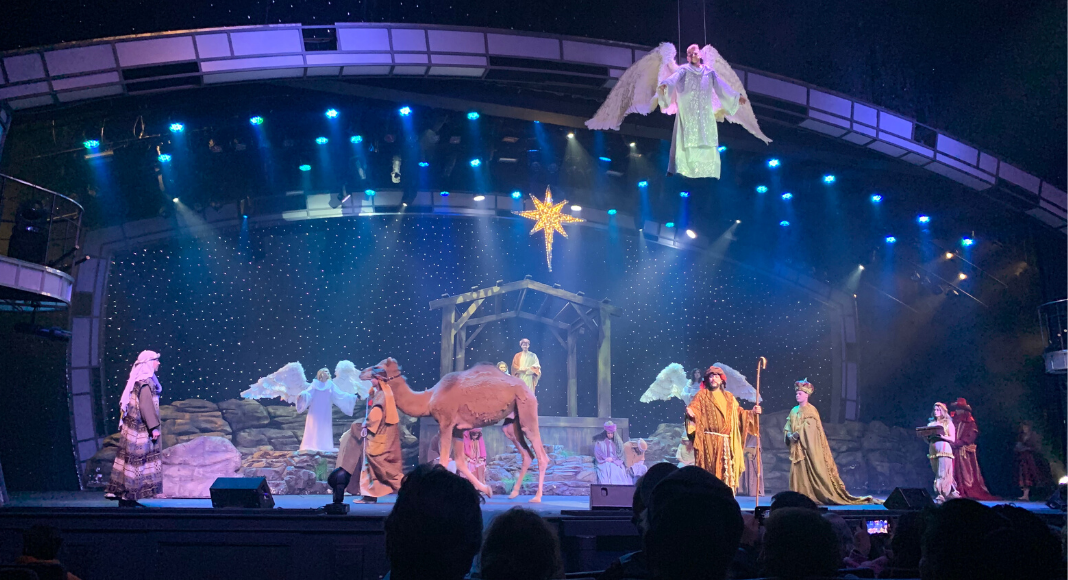 When the house lights came on, we looked at each other and started talking at once. My tween and teen that think everything is lame, really enjoyed their time at the Opry and couldn’t stop talking about their favorite parts.

If you want to know what it feels like to finally do something right as the Mom of a teen, you need to check out Christmas at the Smoky Mountain Opry! 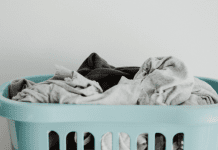 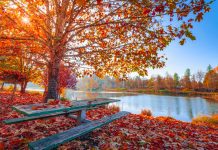