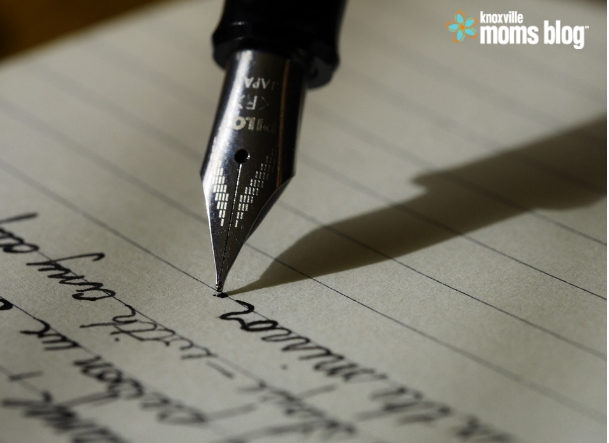 It was at age sixteen that I got pregnant with you. It is such a significant age in the timeline of life that I couldn’t miss the opportunity to write down some thoughts on paper.

When I was sixteen, I made a lot of serious errors in judgment. I hope that your sixteenth year won’t be quite as riddled with mistakes as mine was. At the same time, I hope that you never associate yourself with that word: mistake. It’s true that you arrived after the mistakes that I made, and you were definitely unexpected, but you were also the most beautiful case of lemonade being made out of lemons that anyone has ever seen. Your arrival gave me the courage to leave what was an abusive, unhealthy relationship that no sixteen-year-old should ever have to deal with. It forced me into confessing to family and friends what had really been going on all this time and finally seeking their help. It caused me to realize, when my parents chose to support me instead of calling me a disgrace and disappointment, that their love for me was more unconditional than I ever could have imagined.

Your father was absolutely unwavering in his pronouncement that I couldn’t possibly keep you, but I looked him in the eye and told him “no” for the very first time, and I left without ever looking back. I suppose some would say that I saved your life, but it really felt more like you were saving mine.

I don’t want you to think that it was easy to carry you for nine months and just hand you over. At first, when you seemed like more of a concept than an actual baby, I thought it would be simple. But the moment that I felt those first butterfly flutters in my womb, things radically changed. I developed a fierce protection and love for you that I never saw coming. I began eating more vegetables and taking vitamins to help you grow strong. I gave up soda and stopped listening to my music so loudly. I wanted to give you everything that I possibly could before we had to part ways — something I tried to avoid thinking about most of the time.

As soon as I met your mom and dad, I knew they would be perfect for you.

In fact, I had the chance to meet pretty much everyone: your grandparents, aunts, uncles, cousins. They have a loud, fun, close-knit connection rivaling the Pearsons or the Bravermans or any of the perfect TV families that I’ve ever seen. I wouldn’t mind being adopted into their family, truth be told. Meeting them confirmed for me that you would be in exactly the place where you belong.

But it still wasn’t easy. Letting go of you was, by far, the hardest thing that I’ve ever done. In the days that followed our goodbye at the hospital, grief threatened to consume me. It swelled in my chest, making me feel like I couldn’t breathe — like I might rip apart at the seams. It was a physical and emotional emptiness unlike anything I’ve ever experienced before. Doubtless, it was difficult (probably impossible) for my parents to watch, and they scheduled one last meeting for us — one last goodbye — at your new house with your new parents.

It was risky for your new parents to invite me into their home when they knew that I was an emotional wreck. It wasn’t something that they were legally obligated to do, but they did it anyways because they are kind, compassionate people. It was hard — impossibly hard — to say goodbye to you that second time, the final time, but I knew it was the right thing to do. I knew because when I looked into your mother’s eyes, I saw something I recognized there. She too had dealt with her fair share of grief and heartache over lost children. You were her bright shining hope, her blessing, her invitation back into the motherhood she had been waiting for. I think that you probably saved her life, too, just as much as you saved mine.

I did it because I knew that you needed a household with two adult parents who were ready to take care of you — longing to take care of you. I wanted to give you a chance at having a normal life. I wanted to rescue you from ever having to meet the birth father who didn’t want you to be born, who would likely abuse you like he did me. And I knew that my own motherhood moment would come eventually, when I was older and ready for it. I’m in my thirties now, married, with two children. My youngest looks so much like you that it takes my breath away sometimes.

I’m not sure if we’ll ever see each other again. It’s okay if we don’t, because that probably means that you’re living a life of happiness and contentment. If we do meet again one day, I hope that it is under the best possible circumstances. I hope that we will be able to look each other in the eye and see another person living a life without any regrets. Mistakes — I’ve made a few. But I don’t have anything to regret.

The woman who always carries you in her heart.