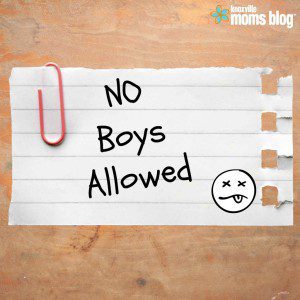 Yes, you read that right. Yes, I can plainly see how ludicrous that sounds, but it’s true.

When my son was born and the doctor shouted “It’s a Boy,” those were three of the best words I had ever heard in my life. We truly would have been just as thrilled had the declaration been “It’s a Girl,” but I am glad we had a boy first. Boys are awesome.

When my son was 10 months old, I started a playgroup with a group of moms with children in the same age range. Together we reveled in watching our children grow from parallel to interactive play, developing friendships both for our children and ourselves. We were happy and carefree. As the kids grew older, they began to have a great time together – boys, girls, all ages. These were my son’s best friends.

The change was gradual, but all of a sudden most of the other “boy moms” stopped coming to our play dates (back to work, moving, etc.) and new people began joining the group. The group was shifting to being a majority girls. Most people didn’t even notice this trend, and very few cared. The kids certainly didn’t. They were 3.

But to the one mom…you really upset me.

I truly don’t think you meant any harm and I am fairly confident you had no idea you were doing it. I definitely know you are a nice person who, like me, loves your children. I am also at fault for not speaking up, and ultimately for letting it bother me.

I don’t dare to claim to know your past. Perhaps you had some very bad experiences with boys. Perhaps you know some really wild rambunctious ones. I, too, avoid certain kids who are “trouble.” But my son isn’t one of them. So why did you make him (me) feel like he wasn’t good enough because he was a boy? Why was he less than?

It started out as a few comments here and there, and as I became more attuned to it, it became fairly regular commentary. The comments were as innocuous as “he is such a boy” just because he was (gasp) running around in the backyard. One day you told me about a different playgroup you attended, stating “there were so many boys – we aren’t used to boys.” It really got personal on the day you snapped at my son when he was returning a toy to your precious daughter after a typical toddler spat. While I am certainly not claiming he is perfect, he was in fact doing the right thing in that moment and you later admitted you took your own sensitivities out on him. From observation, you wouldn’t have reacted that way had it been another girl in the same situation.

What is wrong with being a boy anyways?

Here’s the thing. At three years old, my son was certainly not this big scary stereotypical “boy” you were afraid would give your daughter cooties. He is laid back and gentle like his father, loving and emotional like his grandfather, social and sweet like his sister, adventurous and active like his mother. Who knows whether he was less rambunctious due to nature or nurture, but whatever the case he did not deserve to be unfairly labeled or left out.

You made me feel like I had to watch him extra closely so he didn’t look at you too boyishly. I had to apologize if your daughter tripped on her shoelaces if there was “boy aura” in the room, because surely that was his fault too. I essentially allowed you to suck the fun out of this time because I couldn’t just enjoy watching my child play carefree. I worried for him. I could see that he was going to get left out more and more due to the mere fact that he was born with male body parts. The impressionable young children were picking up on your comments and started to form cliques at far too young an age.

I’m a girl mom now too and I still don’t get it. I wouldn’t keep my daughter away from boys just because they are boys. I wouldn’t come down harder on a little boy than a little girl who is not playing exactly how I want them to. Of course I will admit I have made my share of mistakes too. See: Baby Girl, I Messed Up.

Ironically, a few months later you came up to me completely shocked, stating how “awesome” my son is and how well he plays with all of the kids. I’m not sure what prompted this epiphany, but I can only hope that you learned from this experience just as I did.

I lost way too much sleep, shed far too many tears, and put way too much energy into something that no one else was even thinking about. I am just so thankful that he didn’t notice it. Albeit earlier than necessary, this experience made me realize that I can’t protect my kids from everything. It gave me the tools I need to prepare for when he does get his feelings hurt or feel left out by a friend. I learned that I should never ever apologize for things that are out of my control. I learned that I should be less sensitive to what others think, and that I should speak up if it really bothers me that much.

To this day, at 4.5 he hangs out with a combination of boys and girls and could care less. He plays with kids of all ages and just loves playing with friends. I am so proud of his ability to openly love anyone without judging them based on something as ridiculous as gender.

Admittedly, he has definitely become more “boyish” lately and will most likely throw pretend spider(man) webs at anyone who comes near him. However, as long as he is happy and playing safely/nicely, I am going to continually encourage him to be himself and be proud of who he is. 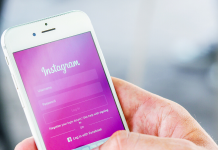 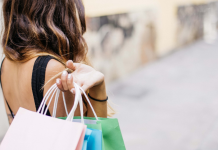 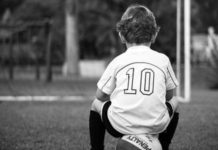 Caitland - February 5, 2020 0
Tired of dinner and a movie? Innovate your date (night) with one of these suggestions (don't worry, I didn't even put a single movie...