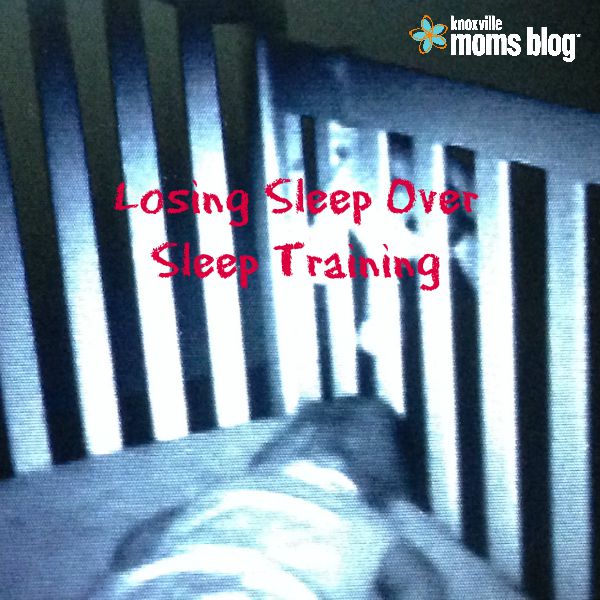 The digital clock glowing in the darkness of my daughter’s room read 3:21am. My 10-month-old and I had already been up two hours. I could feel the tears welling in my eyes. I thought “I can’t step another step, I can’t rock another rock.” I. just. can’t. go. on. Maybe I wouldn’t have found myself on desperation’s doorstep if the last four nights hadn’t been exactly like this. If all that wasn’t bad enough, we still had a couple more hours to go if my Madeline stayed true to form. Yes, we’d been through this before–the wakefulness and extreme exhaustion–but it hadn’t always been this way.

I remember my husband and I beaming with pride when strangers asked us if our little one was sleeping through the night. “Yes, since she was two months old!” Looking back, those were glorious, well-rested days. That was B.T. Before teething. As my daughter turned six months old the rounds of rough nights began. At first I was strong, but the lack of sleep started eating away at my resolve. That’s when I began researching sleep training.

Simply put, sleep training is a number of methods to adjust a baby’s sleep behavior. But, of course, it’s not that simple! One of the most well-known (and controversial) methods is called the Ferber method. Pediatrician Dr. Richard Ferber wrote a book called “Solve Your Child’s Sleep Problems.” The basic idea is that you let your baby cry for gradually longer periods of time until your baby realizes crying doesn’t mean mom and dad are going to pick you up. It’s often called “Ferberizing” your baby. But I just couldn’t seem to go there often telling myself, “Tomorrow night will be better.” And it often was.

It wasn’t until a couple months later when another round of rough nights began that I started reaching out to friends. I was surprised to learn one used the Ferber method and others used variations. Was I a total wimp? Were my baby and I doomed to suffer more sleepless nights because I just wanted to soothe my crying child? What did this mean for the rest of my parenting?!?

I started casting a wider net. Madeline’s pediatrician suggested a modified method. The receptionist at my dentist’s office (It was a REALLY wide net) swore by a book called “On Becoming Baby Wise: Giving Your Infant the Gift of Night Time Sleep.” My parents told me to hang in there. As my father said I was “earning my raising.”

It wasn’t until my daughter was a year old that I dared to let her “cry it out.” I remember crawling under the covers with the baby video monitor. I watched and I waited and I waited. Her cries began to wind down and exactly 30 minutes later she was fast asleep. Unbelievable. The next night she only woke once. I comforted her and returned to bed. Again I watched and waited. This time 15 minutes and she was out. Since then the nights have been much better, but I don’t dare say we’re in the clear. I’m too much of a realist for that!

Have you tried sleep training your babies? Did it work for you? I’d love to hear from you!