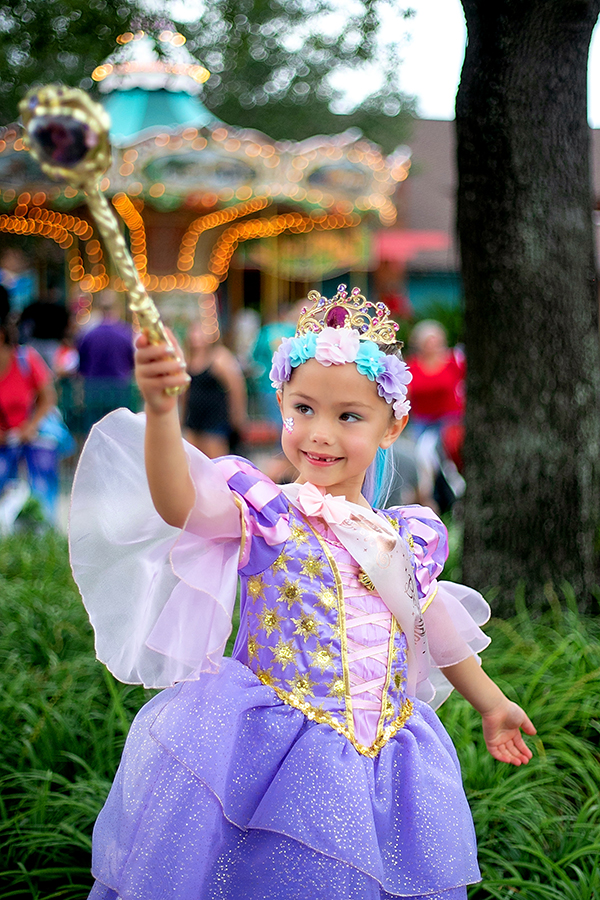 This is not another how to do Disney blog post. I’m probably one of the least qualified moms to write that seeing that I just took my almost seven-year-old twins to Disney for the first time and I waited until right before the trip to plan a lot of our things (thankfully we had major help from Kathryn Minnie Van Vacations). Nope, this is not that post. But maybe this is the post that reminds you why there is magic at Disney. I saw it in my kids’ eyes even among the crowds and lines and heat. And while we came home with way too many stuffed animals and all the glittery things, we also came home with memories that we’ll take with us forever.

Here are some life lessons I believe all four of us learned:

For Fall Break this year we decided to surprise our kids with a trip to Disney, only telling them we were going the day before we left. With their birthday being so close, we opted for experiences instead of gifts. No birthday party, no extra gifts — just Disney. And when my sweet daughter looked up at me on day two and said “Mommy, all of these surprises you planned for us are just like presents only better,” I knew I had made the right decision. All that joy bubbling out of her sweet little heart was such a gift to me too. 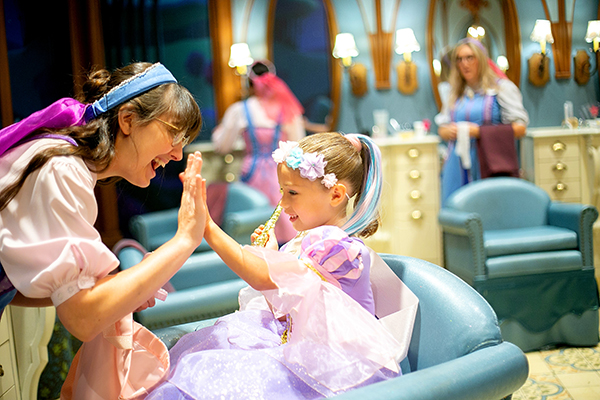 My son wanted to meet Woody more than he wanted to meet any other character. We headed to meet him at least three or four times, only to change direction because the line was too long or the rain sent Woody inside. Finally, at the end of the day, we got our chance. And Oliver was beaming and so happy. 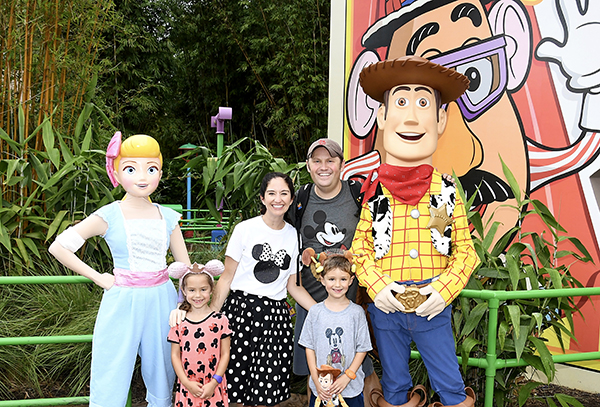 But I found Disney constantly reminding me that there are millions of other kids who want the same magic my kids wanted. I planned a trip that was all about them and then reality reminded us that we weren’t alone in our quest to make our kids feel special. And I truly found that to be ok because, though they are the center of OUR universe, they aren’t the center of THE universe and being reminded of that is sometimes humbling and also needed. While I wanted to rush through and be first for everything, I also found it to be a great idea to sometimes slow down or let others go in front of us because they were scrambled for time and we weren’t. We all got to experience the magic no matter how quickly we got there. 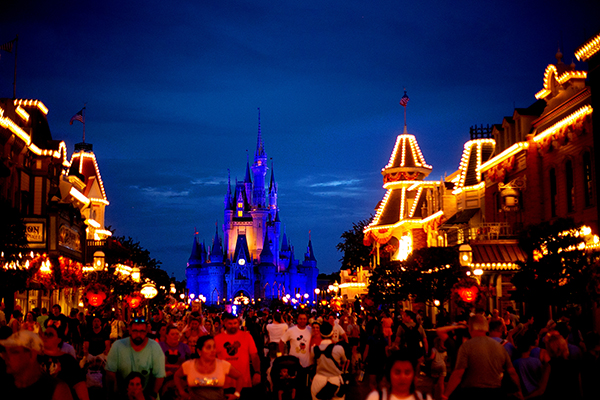 3. Creativity and imagination are everything.

After a long day at Hollywood Studios we made our way over to the evening show Fantasmic. It’s one of my favorite things at Disney and if you’ve never seen it there is an amazing amphitheater that packs in about 8,000 people for a show on the water full of characters and a really fun story about our imaginations. These huge fans of water burst out and a projector shows highlights of Disney films from princesses to villains and back again. I sat there and thought about how someone came up with this crazy idea, told someone else, and instead of saying, “Fans of water? You’re crazy!” they said, “Ok, let’s make it happen.” My daughter excels in her creativity. It’s one of my favorite things about her. The next day, as we stood in line, I told her about how I felt like Disney was kind of a home for her, a place where people like her create every day, a place where no one thinks these ideas are out of this world. Instead, they think of a way to make it happen and that brings so much joy to others. 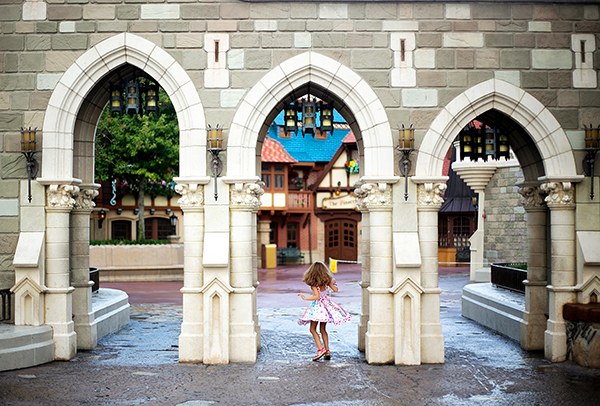 4. We are the energy our kids reciprocate.

It’s really hard to have the kind of energy our kids have all the time, especially after a few days of walking 20,000 steps. But I noticed that every time we complained or slugged through the afternoon, they did too. And every time we danced and sang and tried to create happiness in the in between moments, they did that too. Isn’t that true of our everyday lives? When I complain about getting up for work the next morning, it never fails that the kids make it so hard to get them out of bed for school the next day. But, when I wake them up with the excitement of dance after school or a baseball game approaching quickly they usually hop right up and get ready for the day. I’m not sure how long it will last, but I’m reminding myself this week to dance when I want to lay down and create some magic at home too. 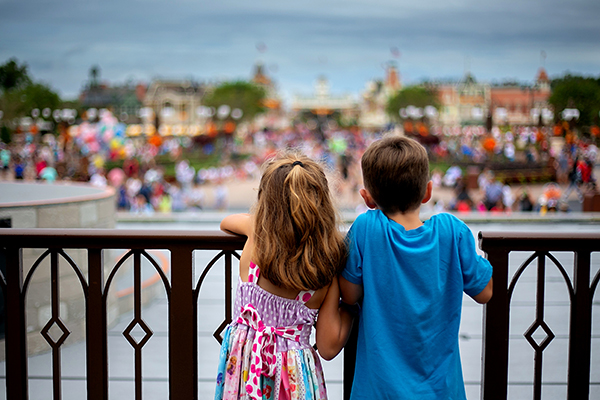 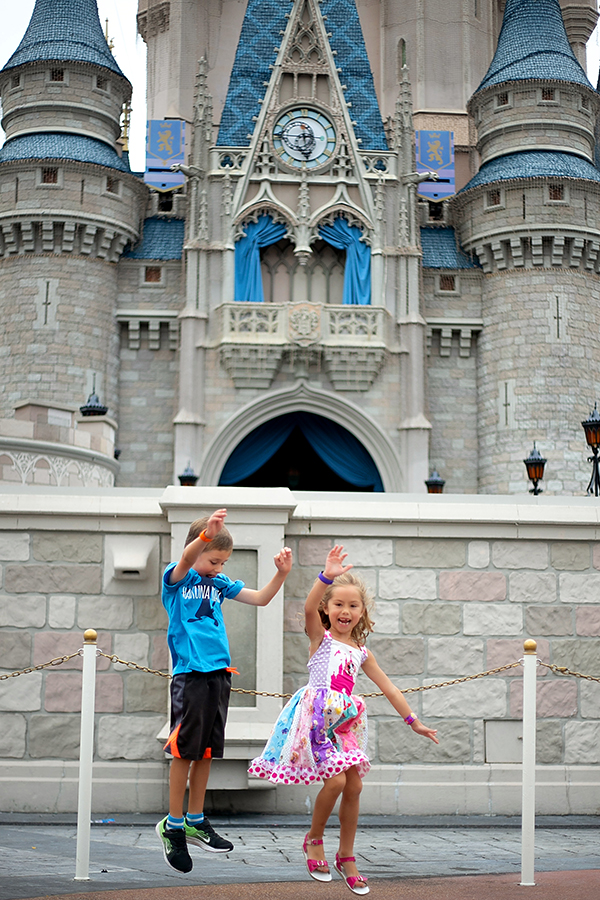 I can’t help it; I love watching every kid at Disney hug characters. There is a total abandonment of fears or cares, and a sweet and precious innocence that comes in the form of a hug. And moms and dads everywhere decided to come spend thousands of dollars to make that happen for their kids. So, if we are willing to spend thousands of dollars on making our kids happy, we can spare an extra second to smile at a stranger or 10 seconds to compliment a friend or even a few dollars to make someone feel special for no reason at all. While we were happily in our little Disney bubble, Ellen DeGeneres was telling the world, “When I say be kind to one another, I don’t mean only the people that think the same way that you do. I mean be kind to everyone.” What would happen if we all hugged each other with total abandonment of fears and cares like our kids hug Disney characters? 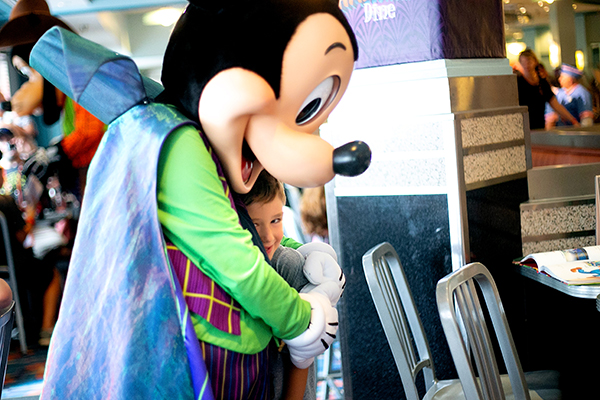 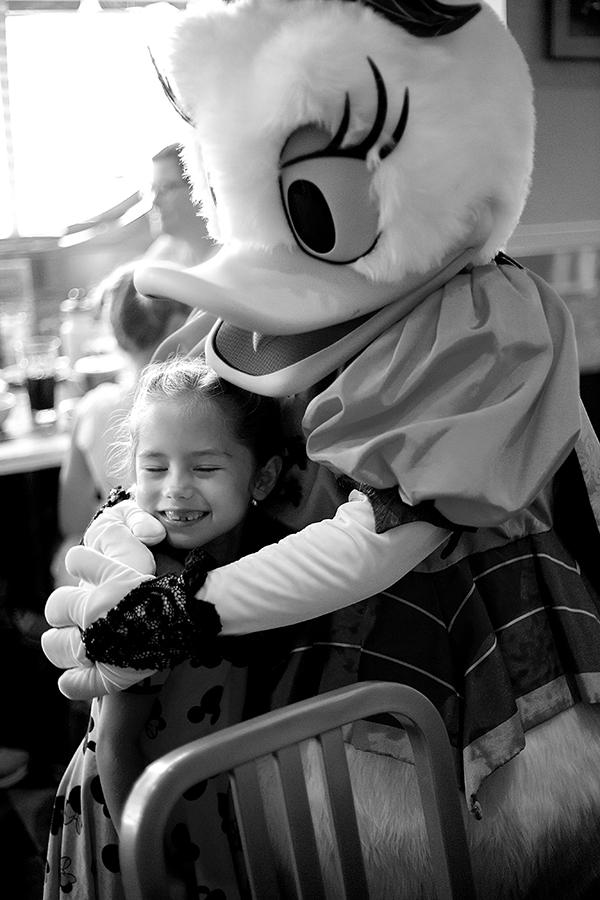 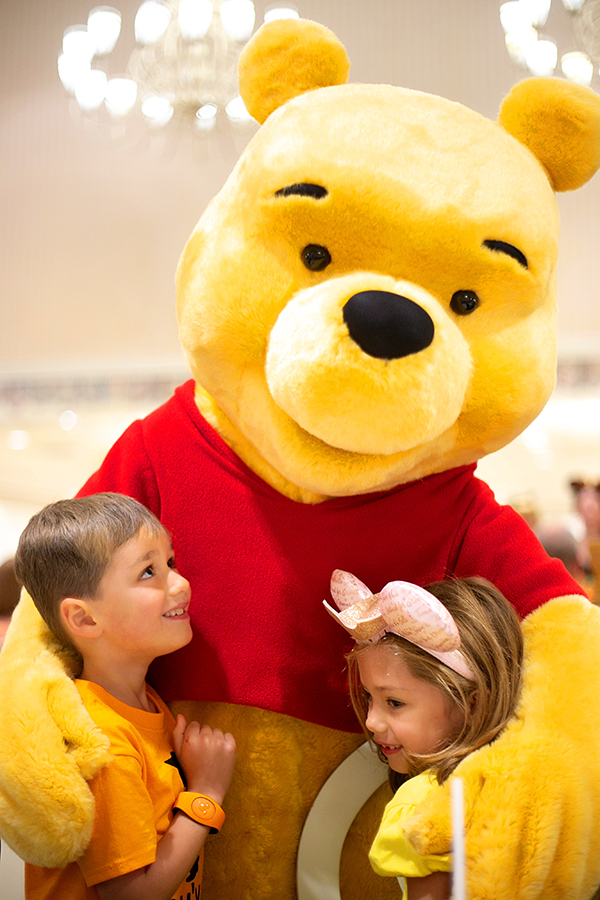 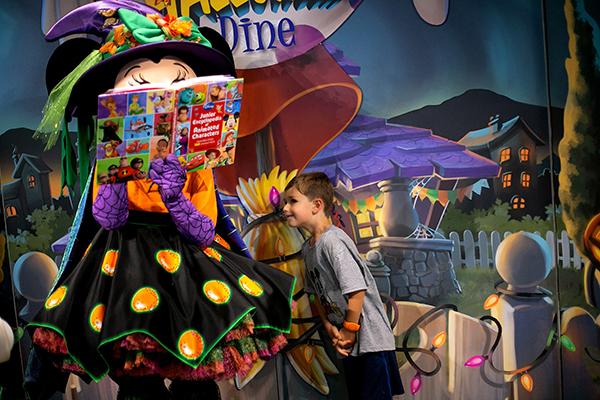 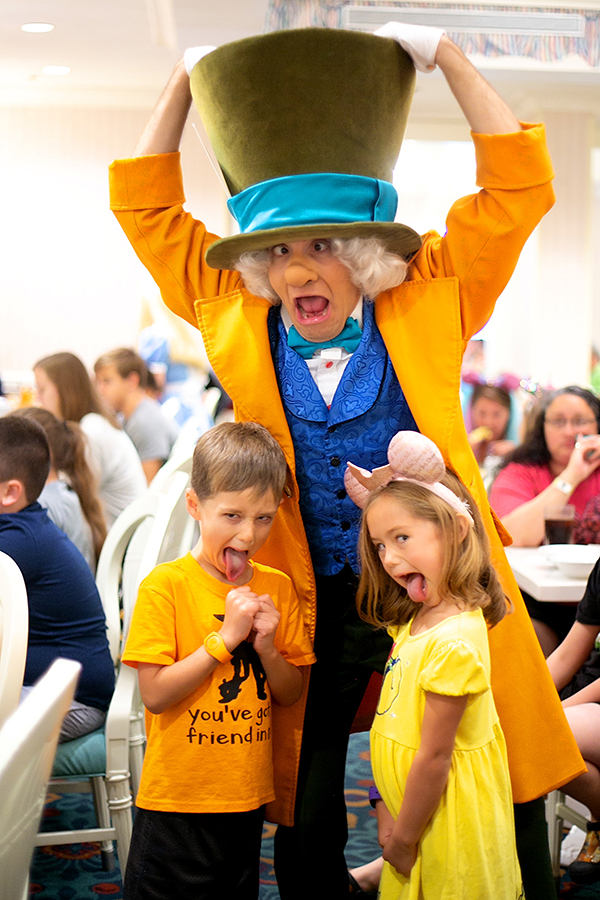 6. I wouldn’t have nothing if I didn’t have you.

Just try listening to this song from Monster’s Inc. at the end of your Disney journey and not to cry. Because at the end of the day, it wasn’t about anything at all except time together. Family. Making these memories that encompass so much fun. Becoming a kid again yourself. Loving on your kids enough for a lifetime. Giving them the joy of childhood and cherishing the time you have. 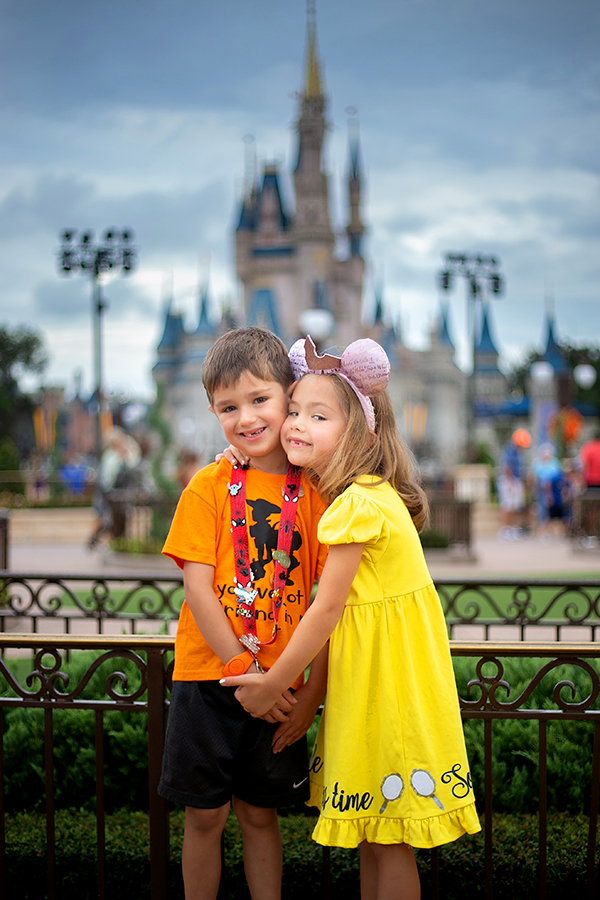 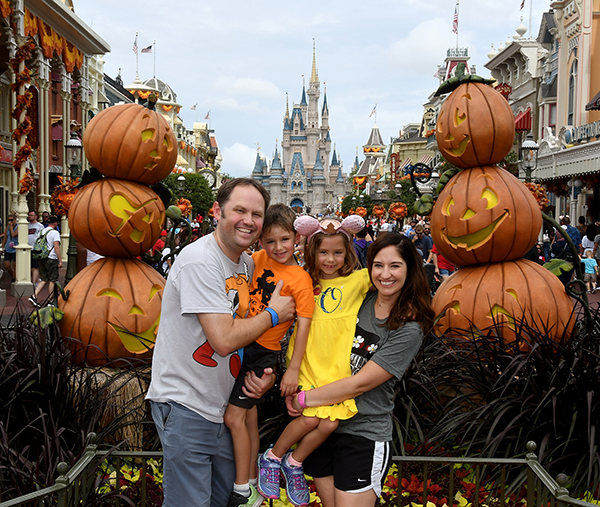 Disney fans: What life lessons have you learned from your visit to the Magic Kingdom? 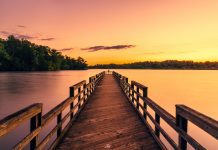 A Tale of Two Summers 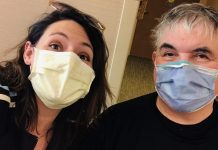 Salutations from The Sandwich Era 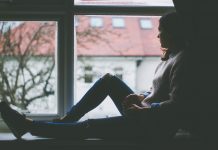 I Don’t Want My Life Back

Beth Wilkin-Waldmann - June 21, 2020 0
Families are hopping on their bicycles in record numbers and bicycle shops are doing booming business. The sudden increase in interest is partly due...