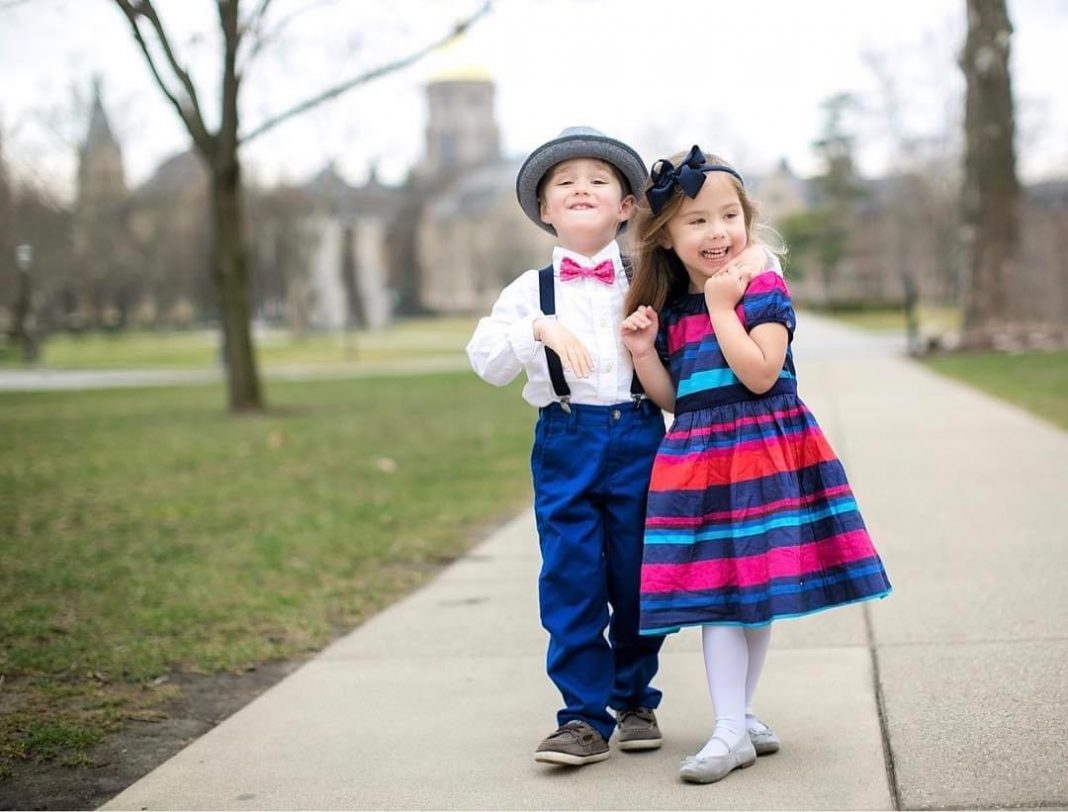 One of my favorite stories to tell about my twins comes from when they were still in my belly. Even though he was so much bigger, Oliver was always curled up in a tiny little ball and shoved to a small little area. Olivia, so much smaller in size then her brother, was stretched out wide with arms and legs sprawled out for days. To this day, it explains so much of their personalities: tiny Olivia wanting to take up as much of the room as she possibly can and Oliver not wanting any kind of attention on him as he finds a comfortable place to settle in.

Once they were finally here, as so often happens with twins, I went into maintenance mode.

I worked so hard to get them on the same schedule — eat at the same time, sleep, poop, repeat — as a way to maintain a little bit of sanity in those first few sleepless months. So much focus was placed on getting them to be the same. As little, teeny babies, routine and sameness got us through the day. As I reflect on it now, I realize I was working towards creating a sense of conformity for us all. Routines and schedules worked, so we stuck with them…until we didn’t. 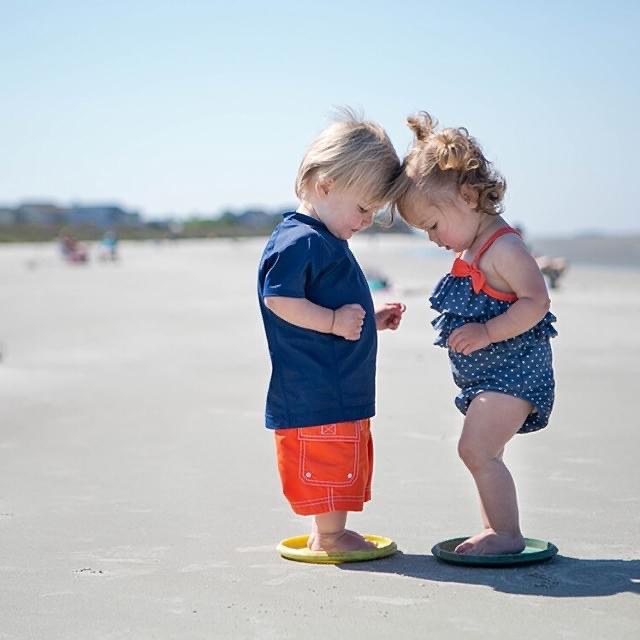 Despite their parents, our twins taught us that though they were born only a minute apart, raised the same way, fed the same things, they were and are individuals and I love them every day for that, even on the hard days.

Someone once told me that it doesn’t get easier, it just becomes different. This made me cry. In the early days, I couldn’t imagine it not getting easier and maybe that’s the wrong thing to say to a new mom. Maybe the thing to say is that it does get easier, but it also gets more complex. It’s easier in that my kids can get themselves in the car and strap themselves in and I don’t have to pack a bag full of 5,000 things they might need and I’m not sweating in the middle of winter just getting them loaded up for an hour. But it’s so much more complex too. For example, one of my twins learned to read WAY before the other and the self-esteem issues that followed made me miss the days of diapers.

So often, especially when my twins were three or four we would complement one kid: “Oliver, good job eating your food.” That would make his sister cry because we didn’t also say it to her. We tried so hard to explain every time this happened that just because one kid did an excellent job on something didn’t mean the other one did a bad job. But, to this day, we have this conversation over and over again. It’s one of the biggest reasons they aren’t in the same class at school. We decided to let their successes and their failures be theirs alone and not a comparison they feel over and over again. But how do I do that at home? And how do I tell my student of the month I am so proud without making the other feel like it’s a slam? I like that my kids don’t always get the same award or the same recognition – they shouldn’t as they are two totally different people — but it doesn’t mean it’s not hard and it doesn’t mean it’s not complex.

My kids both take piano lessons. They both love music, and their dad is a piano player so he was pretty adamant they learn piano. But even their piano teacher tells me about how she has to shift gears when she’s teaching them. Oliver is so focused and mechanical and could tell you every note and what it is and how long you hold it, but his songs also sound mechanical. Olivia, on the other, hand hates having to memorize notes. It’s not creative, so she’s not interested. She can listen and play it beautifully, but we find it to be such a struggle when she starts guessing because she doesn’t want to take the time to read what is written. And I love that about them. I love the differences in the way they learn, but can I tell you how hard it was to be their teacher when the school year ended abruptly last year? There were times when I had to fight the urge to say, “Why isn’t the way I’m trying to teach them not working for both of them?” Have I mentioned we don’t pay teachers nearly enough? 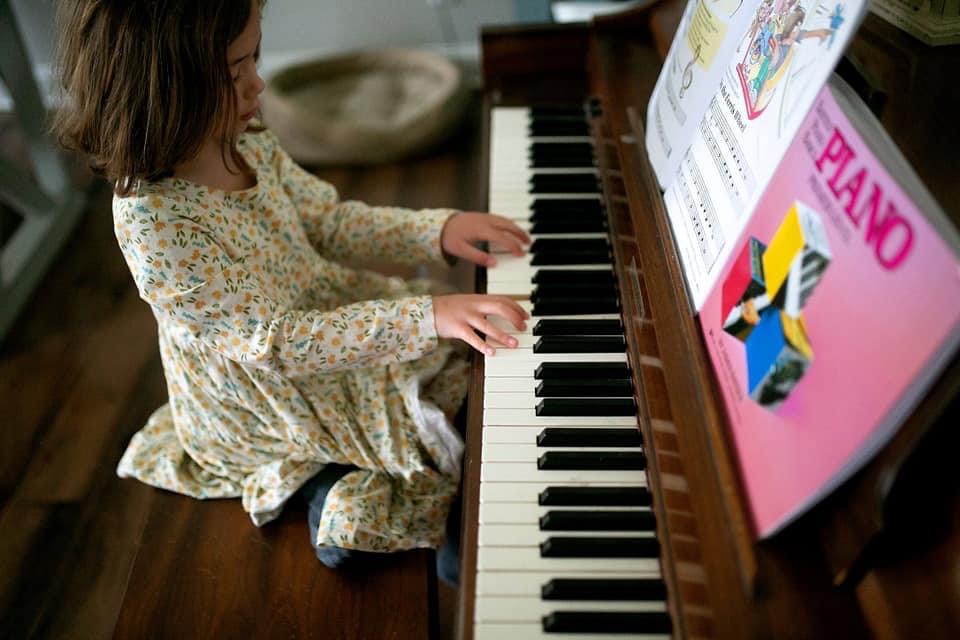 I could go on and on about the differences between the girl that takes up all the space in a room and the boy that finds comfort in a smaller space. I could tell you about how Olivia lives for the stage and Oliver looks at me and says, “Don’t you dare put me up there.” Or I could tell you about how Oliver can function on less sleep or he loves to be a part of his team winning even if he wants no credit for it at all. If you have more than one child, you know this is not something special to twins, although sometimes I would love to have the excuse of “Well, he’s older” to use.

I’ve always fancied myself to be someone who would fight against the evils of conformity, but while I easily said, “Be who you are,” I also looked at my twins and told them, “As long as it fits in with the same schedule as your sibling.” How crazy is that? But also, how realistic is that? I’m only one person who can only be in so many places in a day. I’m a slave to the schedule just like so many others I know. 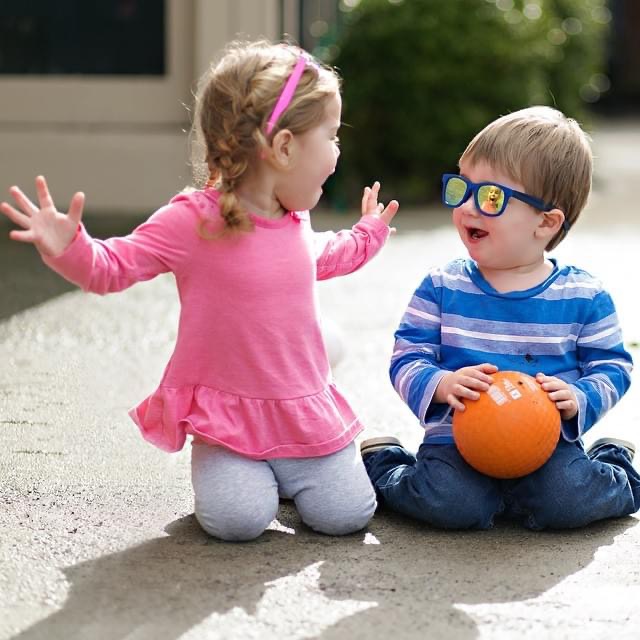 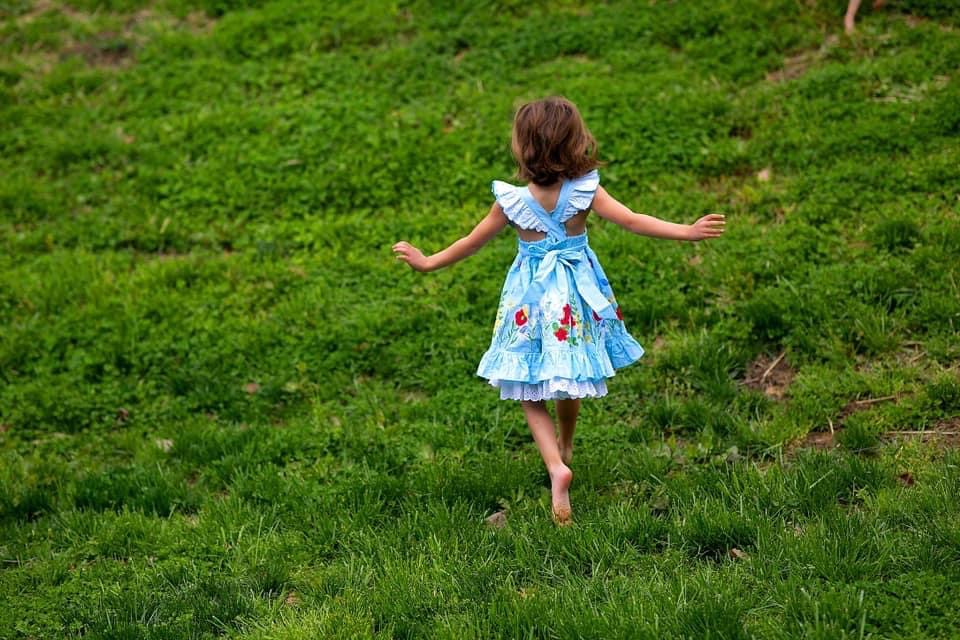 In a perfect world, I would be all the things my kids need me to be when it comes to loving their differences. While I can never live up to that, I can promise to keep trying. 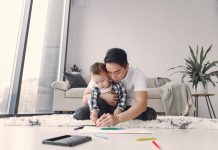 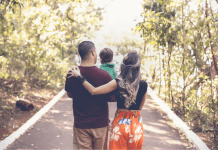 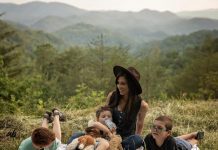