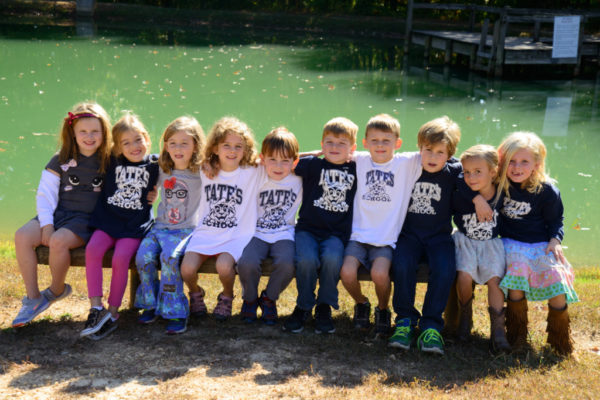 Written by Amy Rawe on behalf of Tate’s School.

Many other reports are stressing how beneficial outdoor learning is for cognitive development. An article in the International Journal of Environmental Research and Public Health detailed how researchers are studying what’s happening in children’s brains when they’re outdoors. Some suspect that the beneficial effects on cortisol levels when outdoors relates to developing stronger neural pathways in the brain.

According to Dr. Carla Hannaford, author of Smart Moves: Why Learning Is Not All in Your Head, learning by moving creates more neural networks in the brain and throughout the body, making the entire body a tool for learning. Research is showing that physical outdoor activity activates cognitive development by feeding oxygen, water, and glucose to the brain. 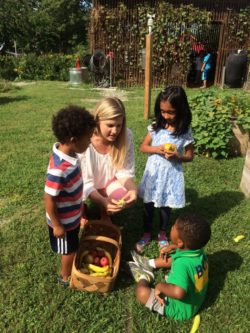 A number of studies have documented increased academic performance through outdoor learning. In addition to brain development, outdoor learning is also proving to reduce stress-associated diseases and improve overall mental health in children. In the Psychology Today article mentioned above, educational psychologist Ulrich Dettweiler says, “From a developmental neurobiology perspective, childhood and adolescence can be described as very vulnerable phases in which biological systems develop.” He writes that stress experiences during childhood can influence the biology of the brain, which may be linked to lower academic achievement.

This is fascinating information, particularly in light of how much time kids spend indoors on electronics today. An article in Child Mind Institute reveals that the average American child is said to spend 4 to 7 minutes a day in unstructured play outdoors, and over 7 hours a day in front of a screen. This state of affairs even has a name: Nature deficit disorder, and it’s affecting our kids.

At Tate’s School and Tate’s Day Camp in Knoxville, we’ve long believed—and seen firsthand—how beneficial outdoor learning is for children. From the first day that a child is on our campus to his or her last, we teach them that their outdoor environment is a vast resource and an invitation to learn and grow.

With an amphitheater in the woods, a zipline, a pond, a vegetable garden near a hillside of apple trees, and a newly completed treehouse-like classroom for eighth graders, Tate’s embrace of outdoor resources for both play and learning is fully intentional. Lou L. Tate designed the sprawling 54-acre campus to create a stimulating environment that includes the benefits of cognitive and social development that compliments Tate’s academically advanced curriculum.

Tara Winterbotham, who teaches three-year-olds at Tate’s, has attended Forest Kindergarten trainings around the state. She says, “Children are curious and natural born explorers and at Tate’s we work hard to keep them that way.” Preschoolers and kindergartners at Tate’s look forward to “Tree Time Tuesdays” and “Forest Fridays” when they explore the wooded areas just outside of their classrooms, regardless of the weather. Winterbotham and her fellow educators at Tate’s have seen how outdoor learning benefits cognitive, psychological, and physical development.

Winterbotham says, “We live in a fast-paced technology driven world, where even preschoolers have mastered swiping the screen of an iPad. As important as technology is, research shows that unstructured outdoor play, when children get dirty and ‘wild,’ is crucial in developing the brain’s executive control center. This is critical for children in learning how to regulate emotions, solve problems, and develop creativity. We also see great benefits in their physical coordination, ability to take calculated risks, and resilience.”

For younger children, outdoor activities like sorting stones and sticks or balancing on logs and boulders helps to develop stronger gross and fine motor skills. But for both younger and older students alike, research also shows that outdoor learning also has a strong correlation to increased attention spans and decreased symptoms of attention deficit hyperactivity disorder. Growing scientific evidence of the “attention restoration theory” suggests that mental fatigue and concentration can be improved by time spent in, or looking at nature.

This is just one of the reasons that the philosophy of outdoor learning remains strongly woven throughout each grade level at Tate’s. For example, Tate’s Fourth Grade Explorers recently proved themselves to be enthusiastic eagle-eyed birders.

Fourth grade science and math teacher Michelle Clark says, “We had a wonderful day using the Cornell Lab of Ornithology’s Merlin Bird App to identify birds by sight and sound. Armed with our checklist of likely-to-see birds, binoculars, and a few iPad minis, the students stalked birds, built bird blinds in the forest, found bird nests, explored unfamiliar areas of campus, and even made amazing reflections in the pond and rolled down a grassy hill. The students found over 40 birds in 7 species, which included a red-shouldered hawk that they identified by matching the calls from the Merlin app.”

The fourth grade bird count project was inspired by Tate’s connection with the Great Smoky Mountain Institute at Tremont. The students are already very familiar with the Institute, having ventured on a 3-day field trip to Tremont in the fall for an immersion in hands-on learning about East Tennessee ecology and stewardship.

Creating a lifelong connection to the environment is so fundamental to Tate’s that the newly built eighth grade classroom has a wall of glass that opens to the outdoors so students feel as if they’re in a tree canopy. The design was an intentional way to continue enforcing the belief that exposure to the outdoors stimulates learning and creativity and strengthens observational and problem-solving skills.

Engaging children with the natural world at any age has a profoundly positive impact on their mental, physical, and social well-being. As Winterbotham says while bright-eyed and red-cheeked preschoolers crouch on the ground to sort and count leaves, “There is pure joy in observing the depth of play and learning that children produce when they are allowed to be outdoors.”

Tate’s School is an independent, private school that has been serving the Knoxville area for 50 years (1968-2018). To learn more about how Tate’s educates students in preschool through eighth grade, visit www.TatesSchool.com or call 865-693-3021.

Tate’s Day Camp is a private day camp that serves students ranging in age from 3 – 15. Founded in 1989, staff members are trained in youth development and are known as the “fun professionals.” Creative weekly themes utilize the 54-acre campus which includes three saltwater swimming pools, an outdoor amphitheater, a climbing tower, a pond for water games and fishing, zip lines, low and high ropes courses, as well as archery and marksmanship ranges. Tate’s camp is accredited by the American Camping Association. To register visit www.TatesCamp.com 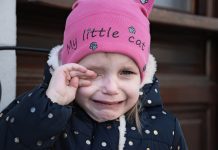 The Biter Or The Bitten: Which Is Worst?! 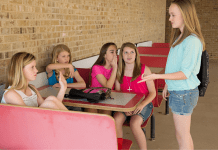 MEAN GIRLS, Why Are You So Mean?