A fun Friday night out with the family isn’t always in the cards when you have a five-year-old and two-year-old. (I have a feeling I’m not alone on this!) If you told me my children would sit through dinner AND a show, I probably would have had a good laugh. But that was BEFORE my family and I went to see the Hatfield & McCoy Dinner Feud in Pigeon Forge. Knoxville Moms recently sent us to check out this long-running attraction that’s right in our backyard. 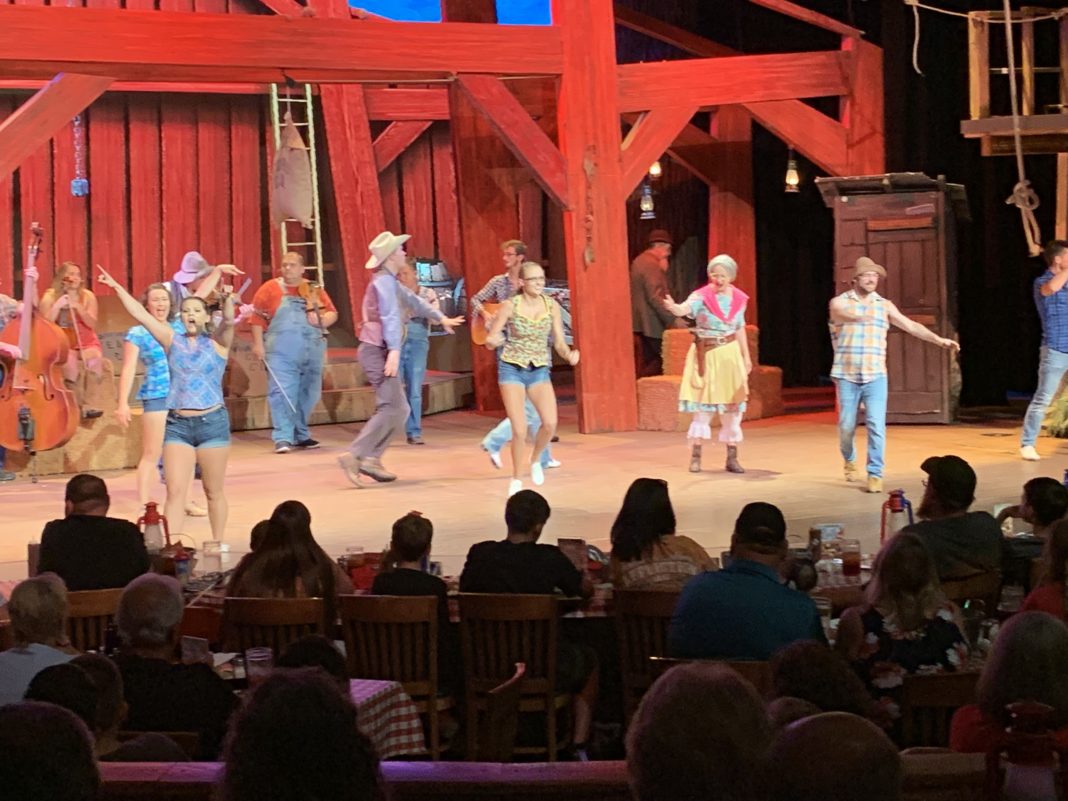 My parents raised their eyebrows when I told them we were taking our small children to see the Hatfield & McCoy Dinner Feud. After all, I grew up in West Virginia and we know a thing or two about the longest running feud in history. I assured them that it was a family-friendly show and that everything that we’ve experience in Pigeon Forge is about family fun! 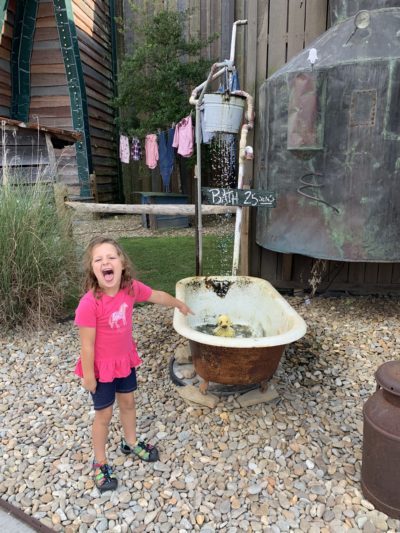 The giggles and smiles started as soon as we arrived at the theater. My daughter Madeline couldn’t stop laughing when she saw the outdoor bathtub complete with a rubber duck. Once inside we were seated at a table in the Hatfields section — a sign of the fun audience participation to come! Our server appeared quickly and got our drink orders. Our waiter, like all the folks there, was in full Hatfield and McCoy character mode. You could even spot some of these very talented servers in the show!

The Hatfield & McCoy Dinner feud is the only all-you-can-eat buffet dinner show in the Smokies.

They are more than happy to provide gluten-free and other options for people with dietary restrictions. While milk and apple juice are not offered, it’s just fine for parents to bring your child’s drink with you. In keeping with the theme, the food came quickly, served in metal buckets. Our waiter delivered “fried pigeon, pulled squirrel and hillbilly salad,” which made my children laugh once they realized he was playing a joke on them. The fried chicken, pulled pork barbecue and coleslaw were a hit, along with the rest of the food. It made dinner winners out of everyone in our family! 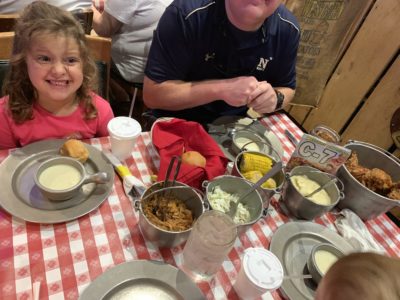 Then it was time for the show to start.

Musicians warmed up the crowd and the curtain went up. The set was enormous and my children’s eyes were fixed on the stage. There was more music, dancing and plenty of slap-stick comedy, perfect for kids and for kids at heart! The audience joined in the performance cheering for either the Hatfields or McCoys. Kids are even invited to the stage at one point to participate. At the last second, Madeline got too nervous to get in front of the crowd, but other kids had a blast. (That’s not the only time the audience takes center stage!) As the show continued, it got even more spectacular. The floor of the stage moved revealing a giant pool that led to plenty of laughs and splashes. Then came the aerial ribbon performance. The acrobats were amazing. I almost fell out of my chair when I realized the young woman twirling high above the stage was the same person who had been dutifully refilling my water glass all night! 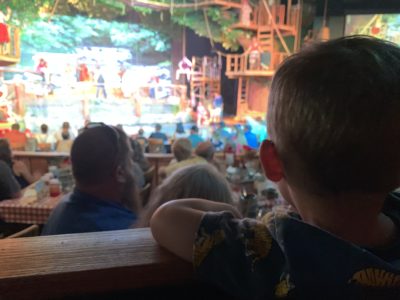 My son Bennett loved all the music and happily clapped from his seat for the ENTIRE show. That’s saying something for a two-year-old! There are some loud bangs and noises during the show for those that have little ones with sensitive ears. Bennett is normally that way, but he didn’t skip a beat during the Hatfield & McCoy Dinner Feud. As the show came to an end, Bennett turned to look at me and said, “Another one!” Safe to say the Hatfield & McCoy Dinner Feud was a hit. My husband and I promised the kids we would go back, perhaps to the upcoming Hatfield & McCoy Christmas Disaster Dinner Show! 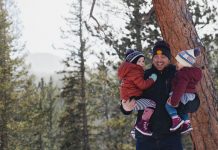 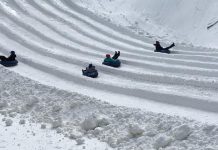