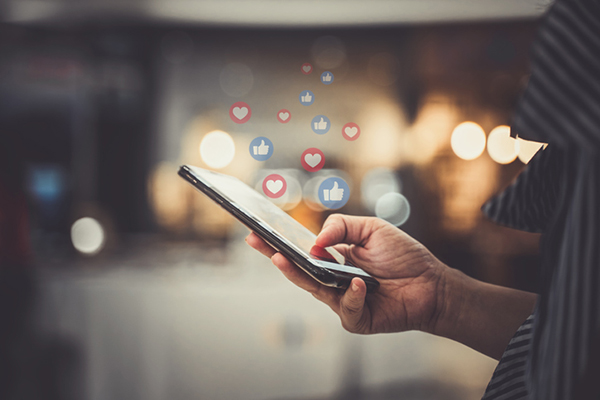 Over the summer, the kids and I made a habit of sleeping in and as soon as my two beautiful children woke up, they would crawl into my bed for a little while. Every morning as they started to wiggle and squirm, signaling the need to get up and get moving they would say, “Can we check the TimeHop?” Every now and then, when I would let them get a glimpse of my phone, they would see the funny little dinosaur icon and wonder what it was, so we started the tradition of checking it. One morning though, a photo popped up that I didn’t really care to see.

It looks like a completely normal photo: me smiling, toddlers looking too busy to want to sit and take a photo, and my husband with a ridiculous beard shave he did for the afternoon. I’m pretty sure I captioned the photo with something about how I can’t stop laughing at him or how I can’t even take him seriously at the moment because of the way his face looked. And I’m sure people commented, liked it, laughed along with me and talked about how cute my babies were.

But truth be told, that day I was doing anything but laughing.

You see, the reason my husband had a bit of a beard was because he hadn’t been working for a few weeks because I had had a substantial surgery. He was busy taking care of the kids and keeping them away from me because my stomach was covered in staples and scars. If you look closely, you can see my collarbone because I was at my skinniest thanks in large part to the anesthesia and medicines which made me so nauseous I could hardly eat. When my friends saw me they told me I looked like I needed to eat a milkshake stat. 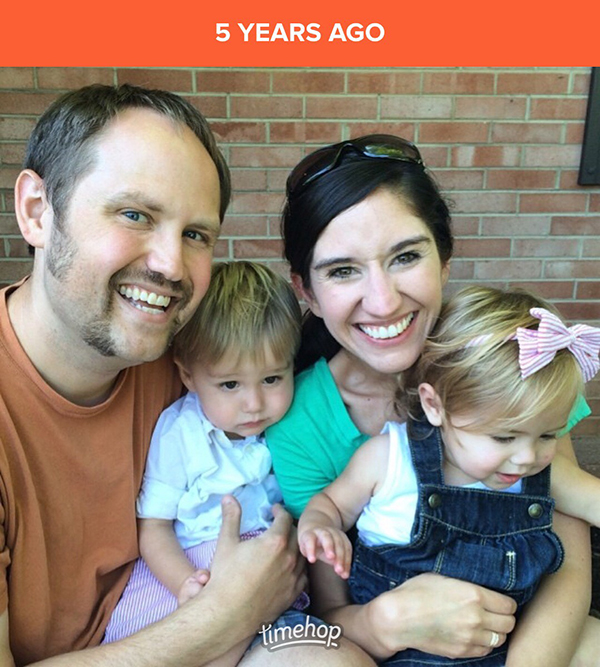 I was in a lot of pain both emotionally and physically. It had taken me a long time to have kids, so I knew that removing one of my ovaries along with the baseball size tumor attached to it was going to make it nearly impossible for me to have any more kids. We were so thankful that we had been able to have kids, but the news that the tumor was considered a “borderline tumor” was weighing heavily on my husband and me.

So, here I was on Facebook pretending that none of that was happening.

Maybe that was what I needed at the time. It’s so funny how we all handle things so differently. I see people post about needing prayers for a surgery or writing about their lives for the whole world to see. But for some reason I needed Facebook to be the place to which I escaped. I needed Facebook to be the one place I didn’t think about all the things going on with me, so that I could concentrate on all the things going on with other people instead.

Over the months I continued to parade my life in photos on Facebook like nothing was happening. I doted over the weddings I had photographed and never once mentioned how much pain I was in while photographing them. I mustered up a smile to show the happiness I should’ve been feeling with my 18-month-old babies, when in truth, I wasn’t even allowed to pick them up. Every time I showed them my stomach and the dressings strewn across my abdomen and said “mommy hurt” they just cried, which made me cry and sent me into a spiral of anxiety fearing I was damaging them forever.

Fast-forward five years and I’ve realized this: I still lie on Facebook.

I don’t mean to and you would think I would’ve learned my lesson, but I just don’t share my sadness very often. I’m not sure this makes me very different from most people on social media though. Some of my friends are incredibly brave in the stories they tell and I wholeheartedly believe it helps to know you aren’t alone, while others are more like me, showing the highlight reel of their lives, hiding the struggles they deal with daily.

I feel like social media has become incredibly hard to navigate and this terrifies me for my kids when they are older. There’s the business side of Facebook for those who work or for those of us who own a small business, and it also helps make the world feel like a smaller place. Because I find so many other strong, amazing women to be incredibly brave as they tell their stories, I too want to be more honest in mine.

The truth is however, that we never know what anyone is truly going through. We see people’s posts and actions, and know they are in full opposition to each other, but it isn’t until we reach out that we really know what they are going through. Maybe that’s a reason to do away with social media altogether or maybe that’s a reason for us to try a little harder before we assume we know the truth. Either way, it’s probably a reason for us to listen more and a reason to not jump to negativity. Maybe we post cute pictures of our kids on days we need to feel love instead of sadness. Or maybe we just need the reminder of how lucky we truly are despite the hard things we face. Or maybe we are just having a happy day. Somehow Facebook gives us the choice to be perceived in the way we want, not in the way things actually are.

So if Facebook makes you a liar too, I think that’s ok. 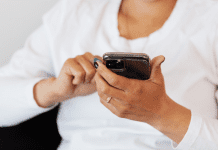 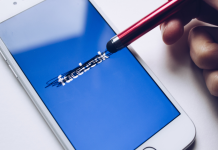 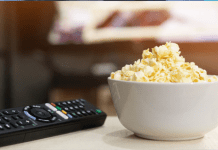