Just like the “How to be a Perfect Parent” book that still doesn’t exist, I don’t think there is any real guideline for how long The Perfect Parent lets their kids trick or treat. I’ll admit, when mine were toddlers and I opened the door to creepy-masked guys who were taller than me, I didn’t love it. They have to be too old. Did these hooligans’ parents know they were out running around? Wasn’t there somewhere better they could be?

No, actually. There isn’t.

I have an almost-fourteen year old now and when he grew taller than me a couple years ago we realized that we were suddenly the parents of those guys… The ones who show up on your porch towering over petite little Elsas who are too shy to take your candy and Ninja Turtles who are missing their front teeth – and can look uncomfortably out of place.

It made me sad. In my eyes he’s still the same sweet boy who wore his Bob the Builder costume 24/7 for the full month of October 2005. In eighth grade, he and his friends have busier schedules than I ever had in school. They write research papers and put hours into sports and study late into the night for tests (another thing I didn’t learn how to do until college) and have phones and a whole lot of responsibility on their shoulders. We expect a lot of them.

So when my five-foot-nine son gives me a puzzled look and answers, “Why wouldn’t I?!” when asked if he wants to trick or treat this year, I don’t want to say no. And I’m not going to.

In middle school, Halloween became more of a social outing, like everything else they do. He had no intention of walking around the neighborhood with his sister and parents and was suddenly coordinating group costumes with his friends. The days of cute packaged get-ups and personalized candy bags were long gone. Their costumes may look thrown together (sombrero from the attic to go with your football jersey, anyone?) but they’re dressing up. They may be collecting their candy in a pillowcase (“It holds more. Obviously.” was the answer I got when I questioned this choice) but they’re out there, running from house to house and ringing doorbells and (hopefully) saying thank you before running to the next one.

It’s just as much of a treat today as it was when they were five. And now they get to come back with their friends, empty their pillowcases onto the floor, and compare their loot. They trade favorites and stories and laugh – and while the laughs are deeper and the bedtimes are later, it makes me so happy to see a group of kids still being kids.

I hate that they grow up so fast. I hate all of the worry and obligation that comes with giving them phones and laptops and – gulp – cars. I hate that we don’t live in 1955. I love technology and all of the shiny things that make our lives so comfortable, but long for a more innocent world to raise our kids in. I worry constantly about how much faster they seem to be growing up than the generations before them. So any chance I have to keep them kids, I will grasp onto and refuse to let go.

I was happy to see that a big chunk of voters in this poll from The Today Show believe you’re never too old to trick or treat! But then I did some math and realized that 37% actually think that my son is too old to go out this year. I’m going to take a wild guess that those voters don’t have kids his age yet. I probably would’ve voted the same way just five years ago.

But as long as they want to hang onto this piece of their childhood and are being safe and respectful and having fun… I’m going to help them put crazy costumes together. I’m going to drop a carload of them off and let them enjoy running around without a little sister or mom or dad trying to keep up. And when they ring my doorbell, I’m going to greet them just like I greet tiny Elsa. They’re kids… and won’t be for much longer. 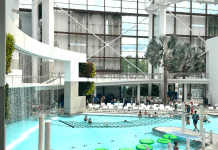 7 Reasons to Spend Summer at SoundWaves and Gaylord Opryland 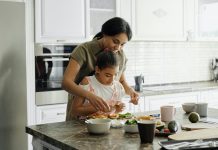 Here, Let Me Do It 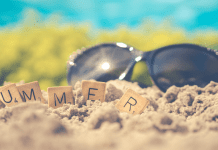 Beth Wilkin-Waldmann - July 13, 2021 0
Downtown Knoxville offers more than just activities for the nine to five set. There are a surprising number of options for families. (That number...

Shakespeare Off the Square!