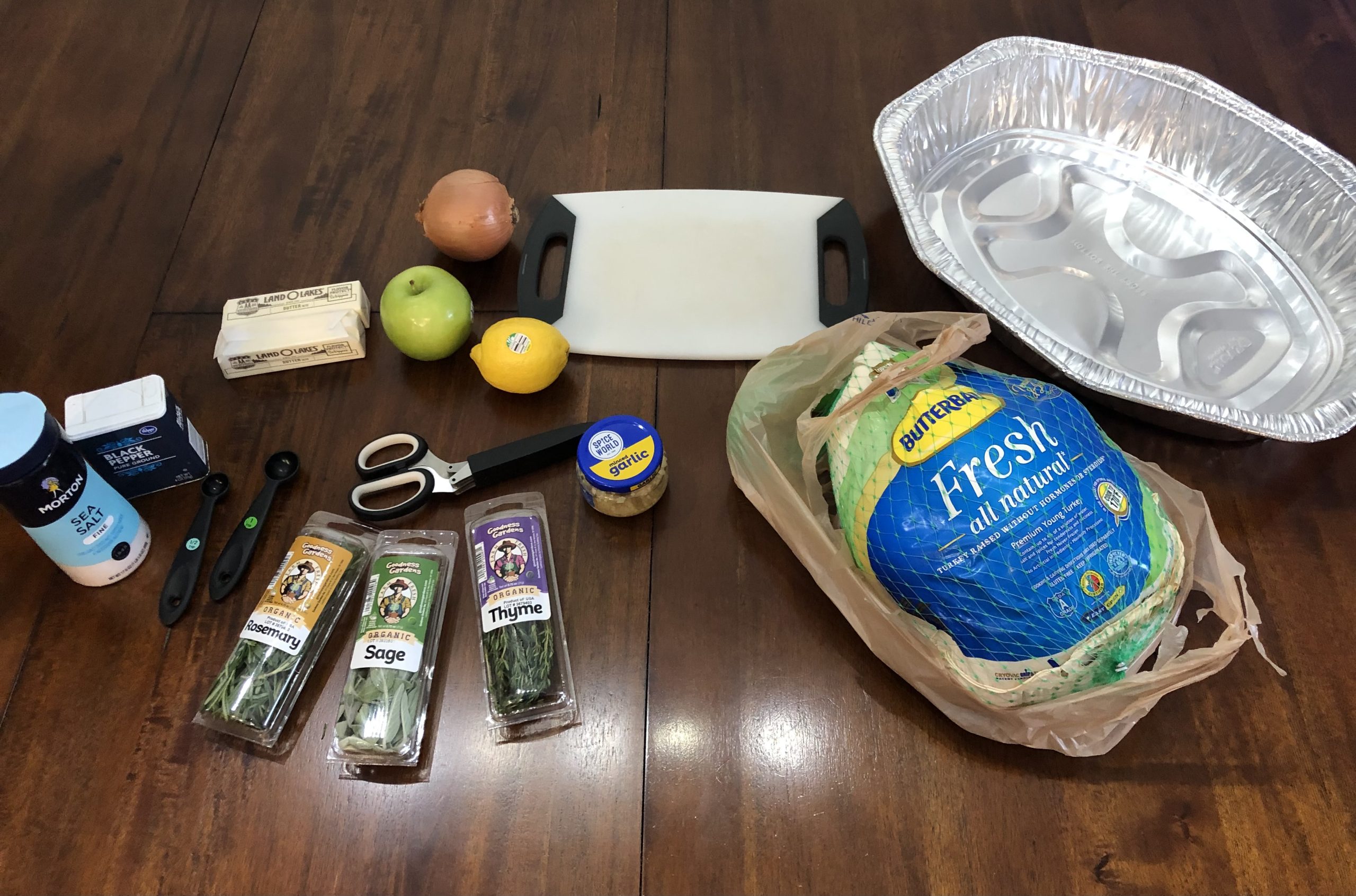 It’s no secret that I do not like to cook. I know it’s important to provide for my family, but it’s just one of my least favorite things to do. The planning, the shopping, and the time it takes does not bring me joy. However, sometimes I will try something new. Last year, that something new happened to be a turkey! For whatever reason, we were at the grocery store and we saw a turkey at a decent price. I’m certain my husband was joking when he said we should buy it, but I agreed. I think he was in shock and maybe expected me to eventually put it back, but we bought it and took it home.

Since we now had a turkey in our fridge, I started researching what in the world I was supposed to do with it, and, at that moment, I had committed to cooking a turkey for my family.

I don’t know about you, but every time I think about cooking a turkey, all that comes to mind is the scene from National Lampoon’s Christmas Vacation when Clark cuts the turkey and it’s completely dry. Honestly, that is why I had never attempted to cook one myself. Spoiler alert: my turkey did not end up like Clark’s!

I assure you that if I can do it, you can certainly do it too! So, how exactly did I cook this turkey? Read on for some tips and the steps that I followed for the perfect turkey:

First, you will have to allow time for your turkey to thaw in the refrigerator. The general rule is one day per five pounds. Our turkey was around ten pounds, so I waited two days for it to thaw. This also gave me time to go back to the grocery store to buy all of the ingredients. Once the turkey has thawed, let it sit out for about an hour to reach room temperature. Then, you will need to remove the neck and the bag of giblets, which can usually be found in the large cavity and in the neck cavity of the turkey. I honestly had no idea that was included when you buy a turkey, so for all of you non-cooks, this is an important step! Afterwards, I disposed of them, but apparently you can make really good gravy with the giblets. That might be the next thing that I try.

Next, you need to mix the following ingredients for herb butter:

Once you have made the herb butter, you will set it aside for a few minutes and stuff the turkey with the following: 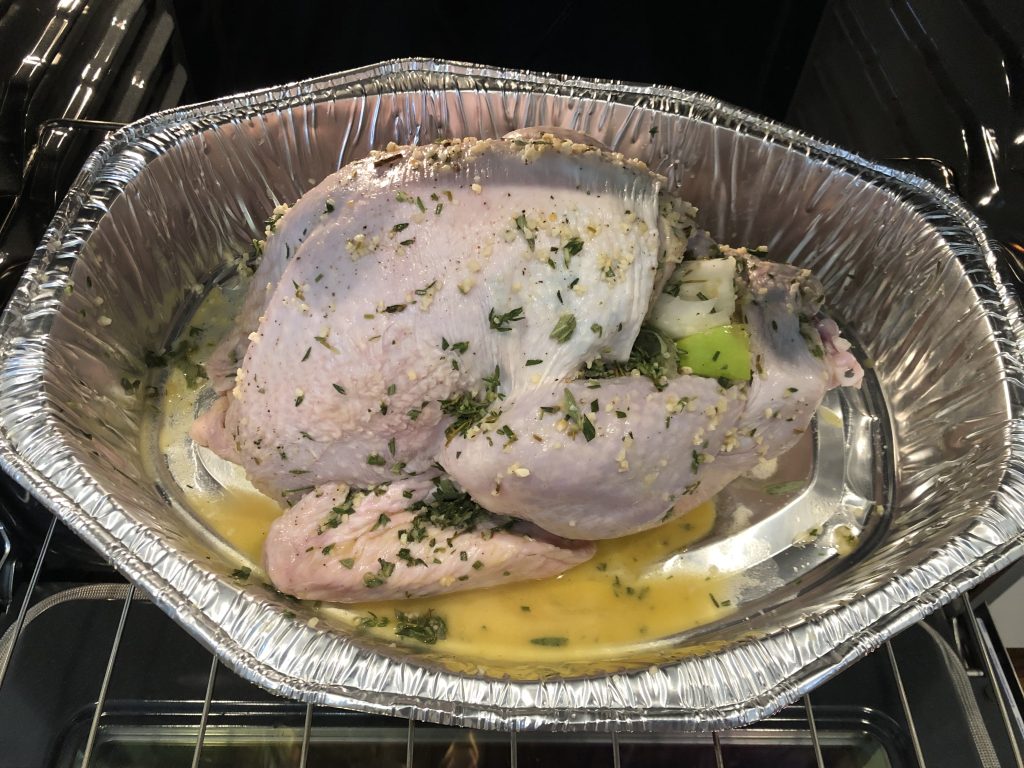 Now the turkey is ready to cook! You will need to bake it at 325F degrees for 15 minutes per pound. I cooked mine for 2 1/2 hours. I covered it with foil and checked on it periodically. After 1 1/2 hours, I removed the foil to brown the top, so it did not have foil for the last hour of cooking. It will be ready once it has browned on top and it has reached an internal temperature of at least 165F degrees. This is such a simple, easy-to-follow recipe, and only requires a few ingredients that are all easy to find at your local grocery store. I need to give credit to Tastes Better From Scratch, as this is where I found the recipe. I have to admit that I surprised myself, and my family was especially surprised at the results of my first ever, freshly cooked turkey! 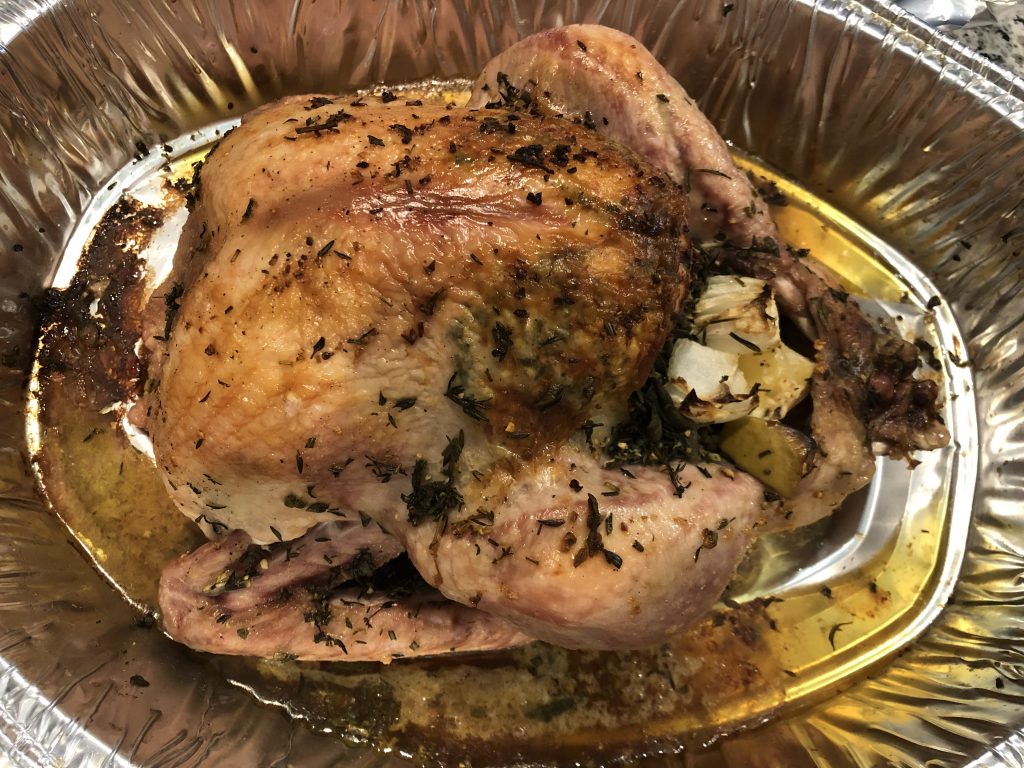 Now, instead of ordering a pre-cooked turkey from the Fresh Market for Thanksgiving each year, it looks like I will be spending most of my day in the kitchen cooking my own.

Will you be cooking your own turkey this year? 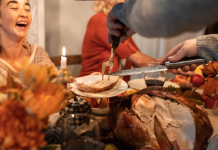 Ways To Repurpose Your Thanksgiving Leftovers 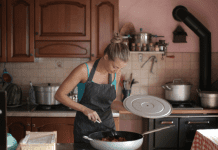 Four Comforting Recipes And A Dash Of Meal Planning 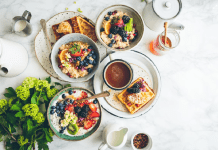