I wrote this post recently and got a few personal responses along the lines of, “why do we always have to apologize as moms when we complain?” And I’ll admit that yes, there was definitely a 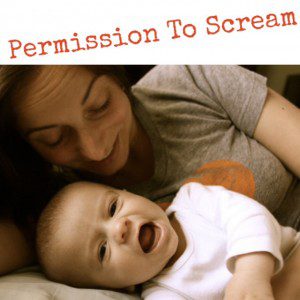 conservative approach to my language. After all, I’m a mom just like you who – when you really boil it down – just doesn’t want my kid thinking I’d rather be doing anything other than being his awesome, loving mother. Because well, there isn’t. I feel like I had plenty of time in my younger years to travel and play and this is Gray’s time.

BUT are you kidding me? Just like before I had a baby, I’m still a person who needs to complain and let it all out every once in a while. I got overly-honest occasionally before I had a baby so I don’t feel the need to go and try to make myself out to be an all-the-time-joyful person. Now that being said, I do like to keep Mouse In Your House on the more positive side, honest but joyful all the same, because it’s my space to write about the things that interest me and hopefully inspire others during a short break from their day. It’s an escape from everyday life.

But right now I’ll say this: I get tired, I get beaten down and you know what? There’s a lot of guilt that comes with being a parent so I believe it’s perfectly acceptable to let ourselves have a guilt-free blowout every now and again.

A week ago, I had that moment. Gray was sick and I was sick. But the groceries still had to be bought and life still had to go on and he was screaming while I was trying to unload said groceries. I had my hands full with this precious sick baby and broccoli was falling out of my grocery bag and….I lost it. I ran inside, placed him safely and carefully on the middle of our bed, rushed into the bathroom, closed the door and yelled at the top of my lungs. I don’t think I actually even verbalized anything. Not even a word, just a howl-ey weird yell that probably sounded barbaric and like I was off my rocker. Crazy mommy alert. Yep, it happened, and there weren’t even tears involved. I was purely fed up, worn down and angry.

I feel guilty about a lot of things on a near daily basis. Spending too much time at work with Gray in daycare. Taking Gray to a home photo shoot for my blog instead of sitting outside with him on a Saturday. Not cooking enough. Not doing the laundry enough. Not cleaning enough. It goes on. and on. and on.

But taking a moment to yell at the top of my lungs, privately, in the safety of my own bathroom. Dude, I DON’T FEEL BAD. Life with a baby is harder than it was before I had a baby. That’s just the truth. It’s also happier and more wonderful than I could ever have imagined. But that doesn’t mean I magically became a saint the day Gray came into my life. And besides, if I wasn’t working so hard to nurture him and feed him and create a beautiful life for him, I don’t believe I’d want to scream. And that, my dear friends, would be a much sadder scenario.

So there you have. If you need to take a moment today and barbarically scream at the top of your lungs, GO FOR IT. Scream it loud, sister. You do it because you care, because you want to be the best mom in the world. If you didn’t care, you wouldn’t have those strong emotions. You’re a better mom – or dad because dads need to get it out too! – for it.